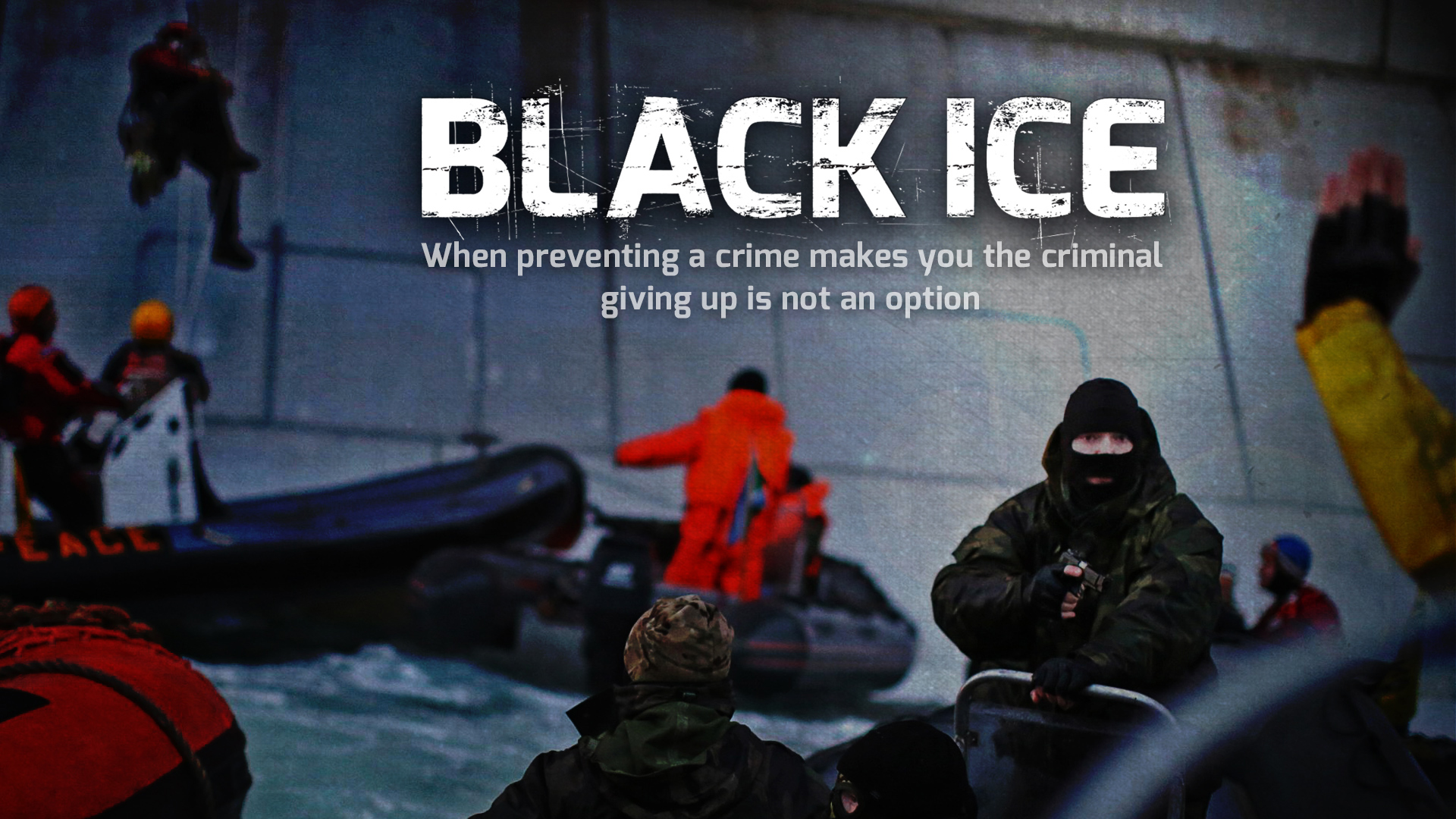 When a Greenpeace ship set sail to protest the first oil drilling in the Arctic Ocean, no-one on board could have known what was coming. Seized at gunpoint and detained as pirates, the fate of the 'Arctic 30' sparked a bitter international dispute.

"I ran out on deck, and from that moment I was in the middle of a James Bond movie." Dima Litvinov, a campaigner aboard the Arctic Sunrise, describes the moment Russian paratroopers were helidropped onto the bow of the ship. Another activist says, "It was such a bizarre thing to see, a gun pointing at you. I couldn't even take it seriously because it just felt so wrong." As the sheet ice melts around the northernmost region of the world, oil companies see an opportunity to explore the rich deposits that lie beneath. "What we're seeing is certain Western firms believing they can get into the Arctic, through lower safety standards, by partnering with Russian ones", explains the Director of Greenpeace International. Fearing a new oil rush, activists from the organisation were in the area to demonstrate at an offshore platform. The Russian authorities, however, had other ideas. "Welcome to your new home." One crew member recalls the greeting he received upon entering Murmansk prison. "You'll be spending quite a long time here." Their imprisonment, which saw worldwide media cast the Arctic 30 in the same mould as political prisoners like Pussy Riot and Mikhail Khodorkovsky, ironically afforded them a platform higher than any found in the Arctic Ocean. Prirazlomnaya, the platform operated by Russian energy giant Gazprom, is now fully operational, but as the captain of the Arctic Sunrise puts it: "giving up is not an option". "The Arctic is this baby they're raising - just like space was for the Soviet Union." Complete with never-before-seen footage of the controversial events, 'Black Ice' brings you a candid first-hand account of the most ruthless response from a national government against an NGO in a quarter of a century. LEARN MORE
WATCH MORE
JOIN THE DISCUSSION
FULL SYNOPSIS