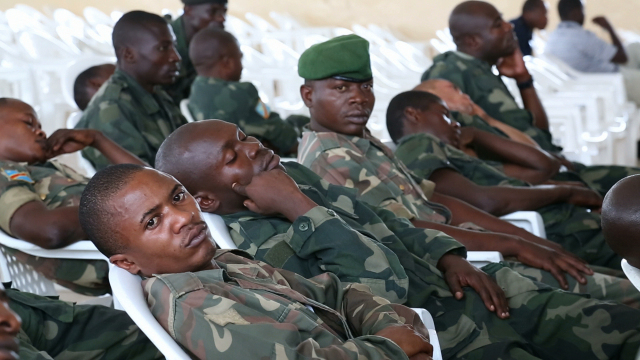 In Minova, a town in eastern D. R. Congo, a landmark trial has taken place. Victims and witnesses have testified against the mass rape of women and children by the Congolese army. But is justice being served?

"It'll never be the same again. It's something I'll never forget", says one woman, who was raped and sodomised by three soldiers the night that several thousand Congolese troops entered the market town of Minova a year ago. Until the trial, a culture of impunity had prevailed. But under a fragile justice system, the local population are worried: many don't believe the right soldiers stood trial. "This process is a farce", the president of Minova Civil Society says. There have certainly been successes: witnesses testified at great personal risk, and there were convictions for rape as a war crime - even if there were only two. But if Congo wants to rid itself of the title "rape capital of the world", a stronger form of justice is called for.
FULL SYNOPSIS
TRANSCRIPT