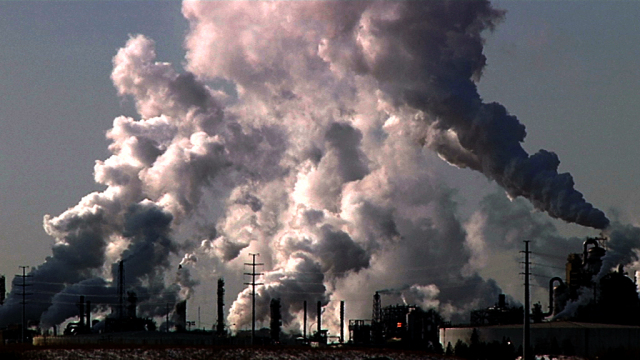 "We're killing our people softly", claims Allan, the First Nation Chief. Extracting Alberta's oil creates huge amounts of greenhouse gases and waste water. For some, the economic benefit of producing two million barrels of oil a day far outweighs any environmental impact. "Our community now has no unemployment", the chief of the local indigenous people explains. Others, however, have mounted a campaign over worsening pollution and health, even comparing the effects of the industry to an act of genocide. Produced by Dateline, SBS Australia
FULL SYNOPSIS
TRANSCRIPT