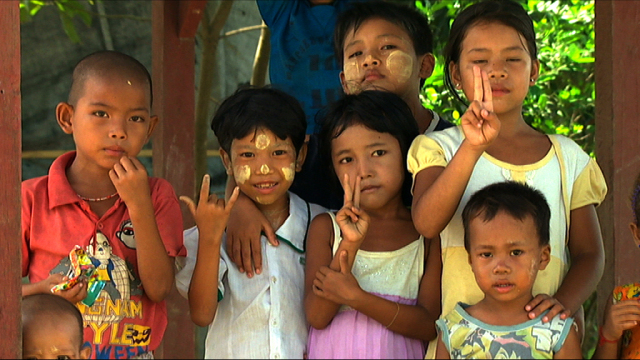 Since the stifling junta eased its grip on the nation, dramatic change is evident in some parts of Myanmar while in other corners deprivation prevails. Can it harness the new commercial influx to benefit everyone?

"Girls should be loud and brave and stronger than they used to be. I think now, that's ok. It wasn't ok before", says Ah Moon, the young star of the Me N Ma Girls. Her band already have an international recording contract, now they're hoping for worldwide fame. Young entrepreneur Nay Aung gave up a job with Google to return to be a part of Myanmar's emergent business class. "I was actually leaving a very stable career in the States. But I felt very strongly that Myanmar was opening for real". But the old Myanmar is never too far away. In Dalah, one of Yangon's poorer districts, it costs $3 per term for their children's education and that money is hard to come by. "We don't want them to be poor forever, we want to direct them", says kindergarten Teacher Vung Deih Lun. "The old people, we cannot change them anymore. But, when this generation come up, Dalah will definitely change."
FULL SYNOPSIS
TRANSCRIPT