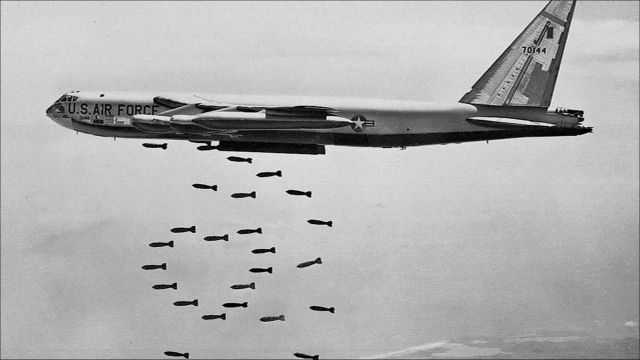 Laos is the most heavily bombed country in the world. In the Vietnam War the US dropped 2 million tonnes of explosives there. Now, a brave band of women are finding and destroying the 'bombies' left behind.

The women walk slowly through the undergrowth, scanning the ground with metal detectors. Given there are up to 80 million unexploded munitions in Laos the women are doing a job that will take more than a lifetime to complete. "I was excited as well as frightened", says 46-year-old Phou Vong, recalling the first time she found a 'bombie'. "I hesitated a bit, but thought I should be glad to see it, because in a sense I was helping my people." Phou joined the team 3 years ago, after her husband was killed in a road accident. "There was no-one to help me but myself, and I had no money to support my children's education." She now earns $250 a month, that's better than the average wage in Laos. It's a special empowerment programme to give much-needed opportunities to local women. But the de-miners are worried their funding will run out. "We won't be able to clear them all, there are just so many of them." More than four decades after the American campaign ended, undetonated explosives still contaminate forests and fields. And it's Lao civilians who are risking their lives to clean them up.
FULL SYNOPSIS
TRANSCRIPT