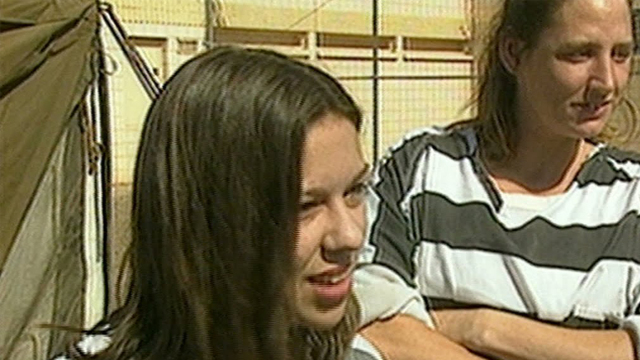 Under the scorching summer sun the inmates of Maricopa jail shuffle along in chains burying the men and women of America who couldn't pay for their own funerals. It's one of Sheriff Joe Arpaio's jail innovations. A real "win, win situation" as he puts it. The county saves money and the inmates learn a lesson "We let'em know the cause of death ...drug overdose, alcoholism, that's a wake-up call for these people." The Sheriff revels in his tough reputation. "Since I'm elected and I report to nobody but the people I serve, I can use the word punishment." He loves it when liberals object: "Amnesty International came down here...they didn't like it. I told them to go back to Iraq." His popularity with the voters is all the assurance he needs. When Scot Norberg, a dehydrated inmate failed to answer an officer 12 guards set on him pulverising him with electric stun rods and finally suffocating him. Despite damming evidence the prison officers were exonerated and the Sherif's approval ratings never wavered. As long as brutal jail culture is a vote winner Arpaio is here to stay. Produced by ABC Australia
FULL SYNOPSIS
TRANSCRIPT