Guantanamo: Inside the Wire

Take a tour round the worlds most notorious prison 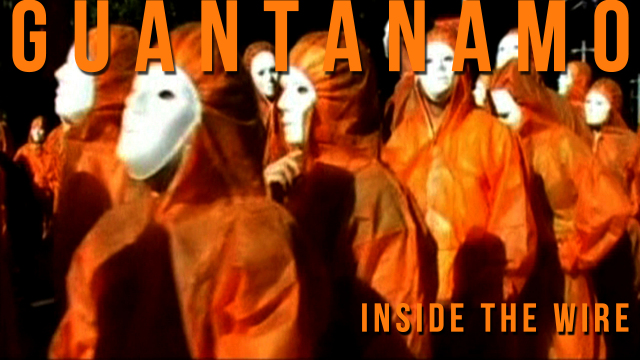 As the filmmakers are chaperoned through the notorious Guantanamo Bay prison by a 'tour-guide' from the US Military Public Relations machine, we are given a rare insight into the conditions of the facility.

"I know what it is like to lose your liberty, to lose control, to have to submit to the will of your captors," says journalist Yvonne Ridley about her experience as a captive of the Taliban in Afghanistan. Catalysed by this experience, Yvonne joins forces with filmmaker David Miller to make a documentary about the detention of 'enemy combatants' in the most notorious prison in the world, Guantanamo Bay. A self-proclaimed 'fierce critic of America's War on Terror', Yvonne is astonished when her request is granted and the Pentagon allows her exclusive access to the compound. Guantanamo Bay was opened in Cuba in 2002 by the US Military shortly after America's invasion of Afghanistan. Yvonne explains Guantanamo was "designed by the Bush administration and is symbolic of the Bush presidency." George W. Bush describes his global assault on terror: "they must be found, they will be stopped and they will be punished." On arrival it is revealed that any ideas they had "about hard edge journalism or creative film making were looking increasingly ambitious" as they are watched over by a team of minders, given instructions about what they can and can't film and are informed that their footage will eventually be censored. The documentary interviews former inmates who give detailed accounts of the treatment they faced in the hands of the US Military. Ex-detainee Moazzam Begg and explains how he spent almost 2 years in solitary confinement in Guantanamo. He says "it's effects can actually, literally, send someone crazy." In London demonstration is held for Binyam Mohamed, an Ethiopian refugee previously living in London who has endured 6 years of detention at Guantanamo, to draw attention to the fact he was tortured into making a false confession of crimes he did not commit. Yvonne reports that "when the film was made only one man had been convicted of any offence - Osama Bin Laden's driver." US President Barack Obama has signed an order to suspend its proceedings, but the detention camp still remains open. The extent of the West's reputation in the Islamic world is hard to judge, and Yvonne poses the question 'will the Muslim world ever trust America again?'
FULL SYNOPSIS