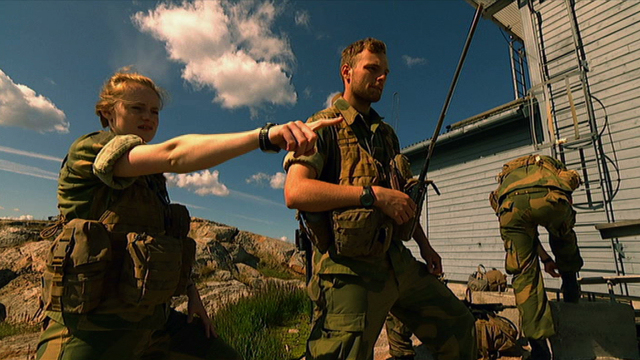 On an Arctic mountain range with temperatures dropping to minus 54, young male and female soldiers live and breathe every minute together. Norway's Army is exploding gender divisions for a better force.

"In modern warfare it's critical to have women because it is about intelligence gathering, it's about cyber warfare, it's about working in small teams, it's about outreach to local populations", says Elizabeth Brodericl, a sex discrimination commissioner. She sees Norway's radical Border Guard as an example of how to effectively integrate women into the most male-dominated environments on earth. The challenges of living and sleeping together 24/7 are actually seen as positives by the young women. "We get to know each other faster and then we work better together", says Henriette. She has become "one of the guys" to her male room mates, conscripts who still heavily outnumber women. Sexual assault rates, already comparatively low in Norway's armed forces, are already declining. "There is a zero tolerance for harassment", says Colonel Ingrid Gjerde.
FULL SYNOPSIS
TRANSCRIPT