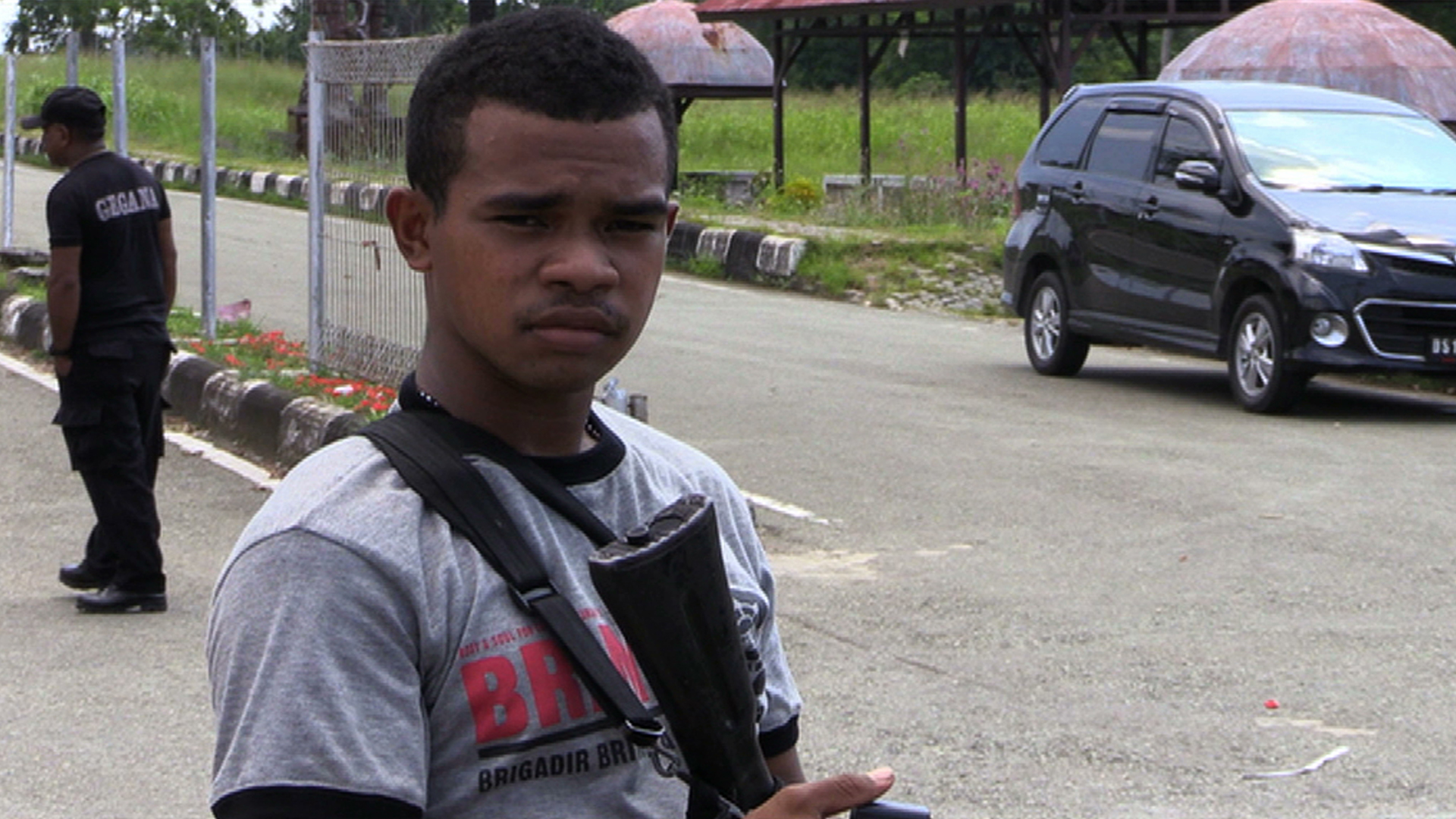 The violent fight for West Papuan independence from Indonesia is one of the least reported conflicts in the world. With exceptional access, this report delves into the secretive maelstrom gripping the island.

Human rights groups say as many as 500,000 West Papuans have been killed since Indonesia took over the territory nearly 50 years ago. Despite being constantly tracked by authorities, this report unearths stories of recent torture and killings. A camera smuggled into a prison reveals a man jailed for 15 years for hoisting the flag of independence. "They use the Subversion Law as a license to kill - it's evil." Produced by Dateline, SBS Australia
FULL SYNOPSIS
TRANSCRIPT