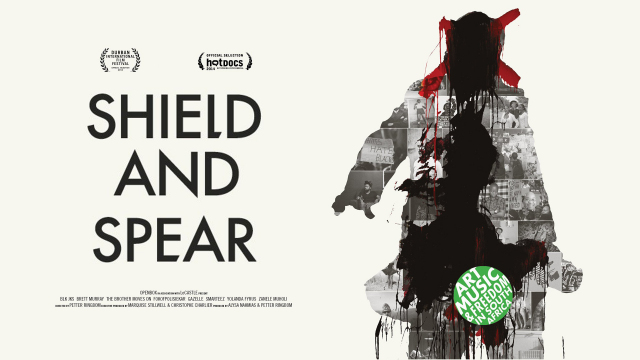 An artist paints a caricature of South African president Jacob Zuma that provokes a lawsuit, death threats, and a massive street protest. Around this incident, a kaleidoscope of stories about art, race, and freedom of expression bear witness to the challenge of working in a country that, 20 years into democracy, has so far spectacularly failed to uphold its idealistic bill of rights. An exuberant account of the contradictions native to this troubled land.

"It just reminds you of Nazi Germany", says Pop artist Brett Murray, recalling angry demonstrations organised by senior ANC officials in response to his famous satirical painting. "It reminds you of Pol Pot, Russia, China, you know. Any kind of fascist country calls for the burning of art." Forced to seek refuge amid widespread racial anger and calls for his public stoning, Murray found himself at the centre of a storm - his work, a barometer of political pressure in a country ill at ease with its two-tier history. "I'd be lying to you if I said I'm just taking photographs for fun", admits Zanele Muholi, a photographer and LGBT activist who exposes hate crimes ignored by the government and mainstream media. "Photography is not a hobby to me; photography is about politics." She has attracted her own attacks from the culture minister, who has called her work 'immoral, offensive, and going against nation-building'. But as Floyd Avenue, of design collective The Smarteez, suggests, cultural oppression can come from within as well as between perceived groups of people: "You need to understand that black culture is very conservative. I'm not even gay and I'm wearing skirts - trying to free myself from the expectations of the community." One thing common to all three, as well as to the array of musicians and journalists whose stories colour this vibrant portrait of South Africa's art scene, is a determination to find a way through their difficult realities using creativity and self-expression. "It hurts my work; it helps my work", Floyd adds. "You're in a country where everything needs to be fought for before you can get it. You kind of become an innate fighter." Horrifying, funny, and always political, this spirited doc meets the people looking forward in post-Mandela South Africa. 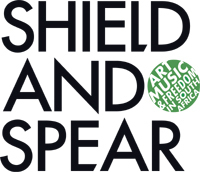 Petter Ringbom is a New York-based director of documentary and narrative films. His debut feature documentary The Russian Winter, a film about American musician John Forté, premiered at Tribeca Film Festival in 2012 and screened at IDFA, Moscow International Film Festival, and Gothenburg International Film Festival. His short film May Fly premiered at Stockholm International Film Festival and screened at festivals around the world. Ringboms video collaboration with the artist Karl Haendel, Questions for My Father, has been shown at Harris Lieberman Gallery, Susanne Vielmetter Projects, Utah Museum of Contemporary Arts, and Wexner Center for the Arts. Questions for My Father was selected for the Art Video program at Art Basel Miami in 2012. After studying at the Cooper Union School of Art in New York, Ringbom partnered in the creative agency Flat, where he served as an art director for clients like MoMA, Red Cross and Knoll. He has taught at Parsons School of Design and New York University and served on the board of the American Institute of Graphic Arts.