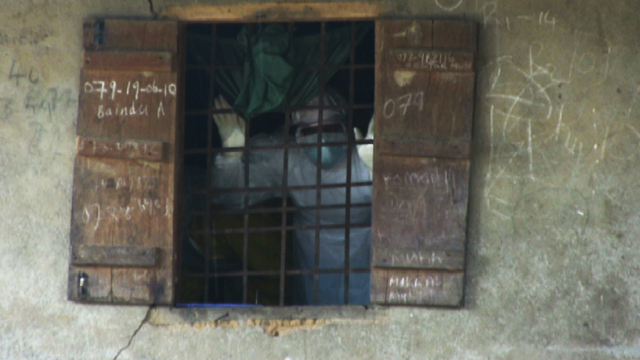 The Ebola outbreak is claiming around a hundred victims a week and spreading fast. With the death toll rising daily, we head to the heart of the crisis to reveal the human tragedy behind the headlines.

"I'm doing the right thing, but people are ungrateful for my efforts. People are afraid of me", says a 'dead body worker'. He is one of many locals helping foreign NGOs like Medecins Sans Frontieres, the Red Cross and Doctors Without Borders to tackle the ebola epidemic. Yet it is a scramble to contain and treat the virus in makeshift facilities and as they desperately try to get control of this killer disease, locals remain suspicious. "They were claiming we were taking parts of the corpse to do rituals." At a government hospital in Kenema a dirty ebola screening tent sits alongside a maternity ward. As chaos reigns, patients are free to wander in and out. Over 20 nurses have died at the contaminated hospital; one doctor warns, "don't touch the walls". Volunteers are travelling across Sierra Leone's vastly dispersed population to educate communities in rural areas about the symptoms and prevention methods. "We have these charts which we use to display to the people and tell them what to do and what not to do." Yet fear and distrust are spreading as fast as the virus. As one villager says simply, "We are totally afraid. This is the main point". Produced by Dateline, SBS Australia
FULL SYNOPSIS
TRANSCRIPT