Return of the Samurai 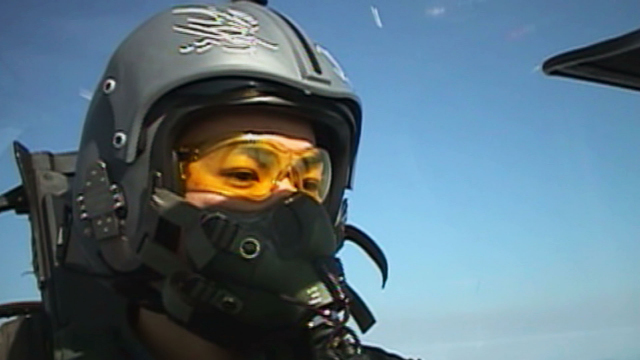 As tensions with China continue to escalate, Japan is ramping up the role of its military as a deterrent power. But many are worried this aggressive posture will lead to a repeat of the mistakes of the past.

"As I don't know the purpose and intention of unidentified aircraft approaching our air space, I always become tense", says Sho Yoshida, a fighter pilot with Japan's Self Defence Forces. This unified military outfit was formed following the Allied occupation of Japan at the end of WW2, and is constitutionally restricted to defending the nation. But now a heightening feud with China over the disputed Senkaku Islands, as well as the country's proximity to a wildly unpredictable North Korea, has led Prime Minister Shinzo Abe to reinterpret the legal framework that governs the SDF, with a view to transforming it into a force equipped for offensive operations. "Unless it has the power to strike, it cannot become a so-called 'deterrent power'", explains retired general Toshio Tamogami. And after a number of well-funded recruitment campaigns, enrolments at Japan's elite military college are at a record high. But not everyone here supports the moves. "Japan has not really reflected on its past", bemoans Tadmasa Iwaii, a WW2 veteran and former Kamikaze-turned-pacifist. "It hurts my conscience."
FULL SYNOPSIS
TRANSCRIPT