Behind the Blue Veil

The nomadic Tuareg: one of the oldest cultures in the world on the verge of extinction 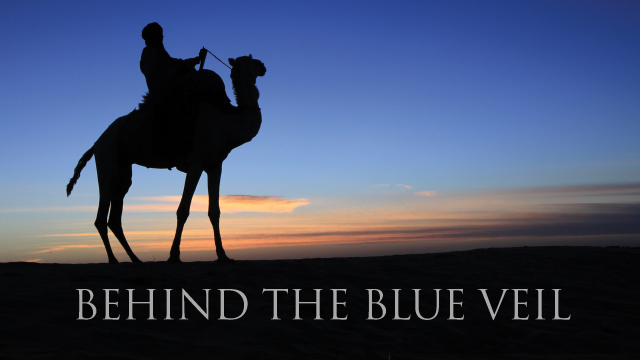 The Tuareg people of the Sahara Desert are one of the world's last truly nomadic tribes. But their way of life is now under greater threat than ever before, from economic exploitation, from environmental catastrophe, from the scorn of their own government, from Islamist militants, and perhaps most of all from the relentless march of modernity. This revealing film documents the remaining fragments of Tuareg culture and examines a people's struggle for survival from a variety of perspectives.

"Life in the desert... you feel alive, you have to be friends with nature". Mamatal's love for his arid home is matched only by his fear that it is slipping from his people's grasp. "We are not anything without our culture" he adds, "every person in the world, his identity is his culture". And yet Mamatal knows that for his people to survive, they must turn to the alien and hyper-accelerated world beyond their desert tents. All this contradiction can be seen in his tribe. Mothers grind grain with wooden clubs whilst children in trainers and football shirts talk about their aspirations to study medicine. Camel's milk is served in plastic bottles and the sick turn to Paracetamol in place of herbal remedies. Neglected by successive governments and beset by drought and poverty, the Tuareg must tread a fine line between pushing for development and remaining authentically themselves. Can a people embrace education, healthcare, modern infrastructure and consumer technology and still remain tribal nomads? Mamatal and his people are plagued by this dilemma.

Just as the sands of the Sahara shift and ebb and flow, so too do new threats emerge to threaten the Tuareg. Islamist militants and renegade mercenaries turn the Sahara into a battleground, forcing peaceful nomads into an ever-tighter corner. Foreign business interests seize territory, pollute oases and plunder the desert of its riches. And as the Tuareg flee south, they face discrimination from the people of southern Mali and a lingering death on the fringes of society. Neglected by the Malian state, they are forced to fester in refugee camps. Robbed of their land, their traditions, and their voice, the Tuareg may soon be robbed of all hope as well.

Telling the on-going story of the native people of the Sahara, Behind the Blue Veil is a moving documentary that challenges our notions of the relationship between culture and development, and puts a complex humanitarian situation into sharp focus.
FULL SYNOPSIS 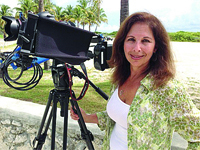 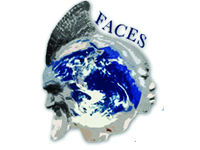 FACES, Foundation Advancing Cultural and Economic Survival, Inc., is a not-for-profit organization committed to using documentary film to preserve cultures in remote regions around the world, whose survival is at risk as a result of disease, extreme environmental factors, economic distress, and government neglect. 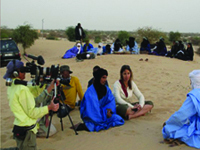 In 2010 my mother visited the North African country of Mali and was so moved by Mamatals story of the plight of his ancient culture that she promised to return the following year with her filmmaker daughter to tell the world their story. Despite government warnings about kidnappings by Al Qaeda factions in the region, off we went! We planned the shoot around the famed Festival au Desert, a magical concert under the stars attracting talent from all over the world. Soon after, Al Qaeda militants attempted to seize control of the country and Tuaregs were forced to flee to refugee camps in neighboring countries and our film got quite a bit more interesting!