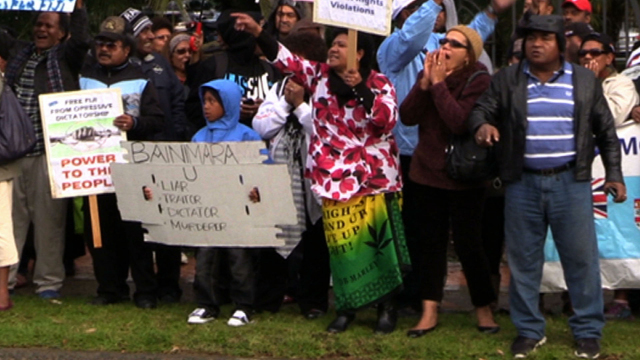 Filmed just before the country went to the polls, this report explores Fiji's first election since the military coup in 2006. Will the election bring stability to the nation after years of ethnic tensions?

For eight years, Frank Bainimarama has ground the judiciary and media into total submission and demolished his political opponents. But now his new constitution, abolishing racial distinctions from the government system, is being celebrated as "bringing equality and freedom to Fiji". Produced by Dateline, SBS Australia
FULL SYNOPSIS
TRANSCRIPT