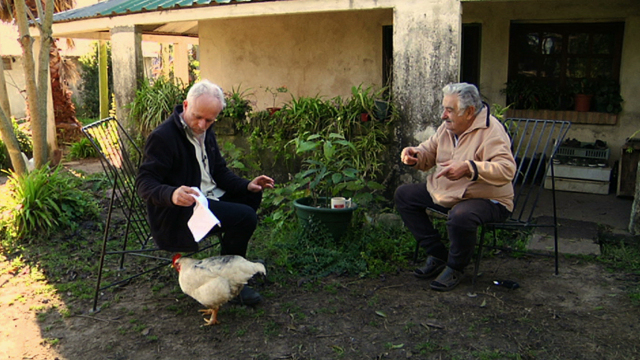 Former bank robber turned progressive President of Uruguay, Jose Mujica gives away 90% of his salary. He's legalised gay marriage, marijuana and local use of the coca leaf. As elections loom we explores his legacy.

"I see the world's leaders just worrying themselves with who is going to win the next election. We are missing leadership. We are missing the decision to say, 'We are going to improve the planet'", extols Mujica. At international conferences the former Guerrilla fighter and revolutionary, who spent 13 years in prison, is known for asking provocative questions about big global issues. Yet under Uruguay's constitution Mujica can't stand for a second term, and with an election next month the latest polls for his successor haven't been good. The main candidate, Luis Alberto Lacalle Pou, is from one of the wealthiest families in the country and claims to prefer a "more formal" style. As the controversial man who has welcomed Guantanamo prisoners into the nation is forced to stand down, there are fears his "knock on the door and be heard" approach will disappear with him. Produced by Dateline, SBS Australia
FULL SYNOPSIS
TRANSCRIPT