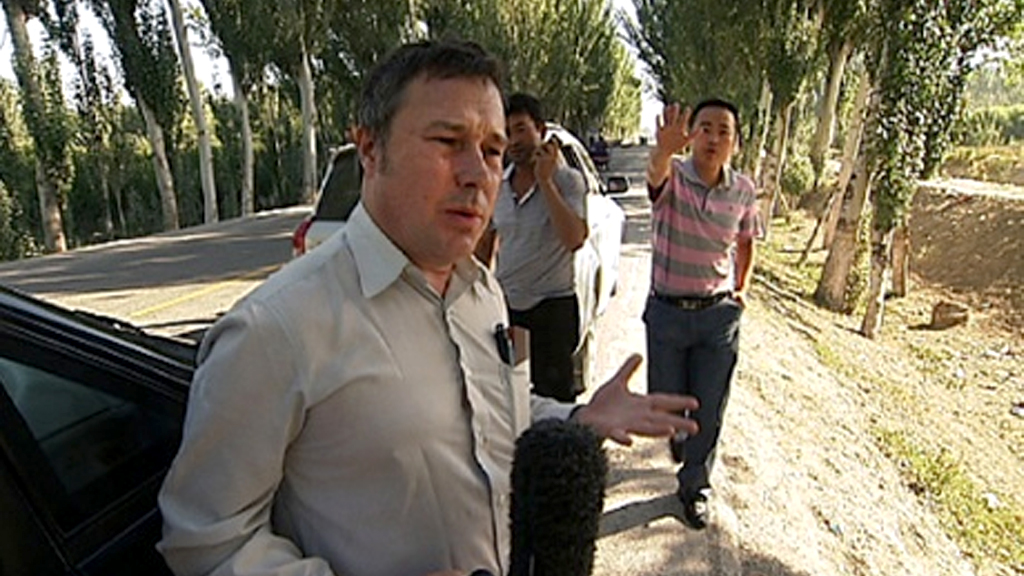 Xinjiang province has long been the site of tensions between the Uighur population and Chinese rule. Amid fears that Uighurs are aligning with foreign extremists, the state crackdown is fiercer than ever.

Despite a hoard of undercover security men trailing the ABC crew's every step, they doggedly push past government restrictions to explore the unrest plaguing Xinjiang. "A normal person wouldn't raise a butcher's knife to the elderly and children. Can we still call them human beings?", asks policeman Ainiding Memtimin. In May he was on the scene when a group of extremists threw explosives into a busy Urumqi marketplace, killing 39 people. A Uighur himself, like most locals he is baffled by such drastic violent acts. Yet the tensions that have simmered in this region are sitting on a knife edge. "Injustice is everywhere here, but we can't talk about it", says one Uighur farmer in a snatched interview. On Xinjiang's highways, cars are being stopped for full airport-style security checks. The government keeps a close eye on religious institutions and veils for women and beards for men are actively discouraged. Teaching in the Uighur language is disappearing from schools. And it isn't just the Uighurs feeling the crackdown; enormous numbers of Han Chinese have been pressed into the province to water down the Uighurs' presence and influence. In some towns, payments are being offered for inter-marriage. But is China's central government using a sledgehammer to crack a nut?
FULL SYNOPSIS
TRANSCRIPT