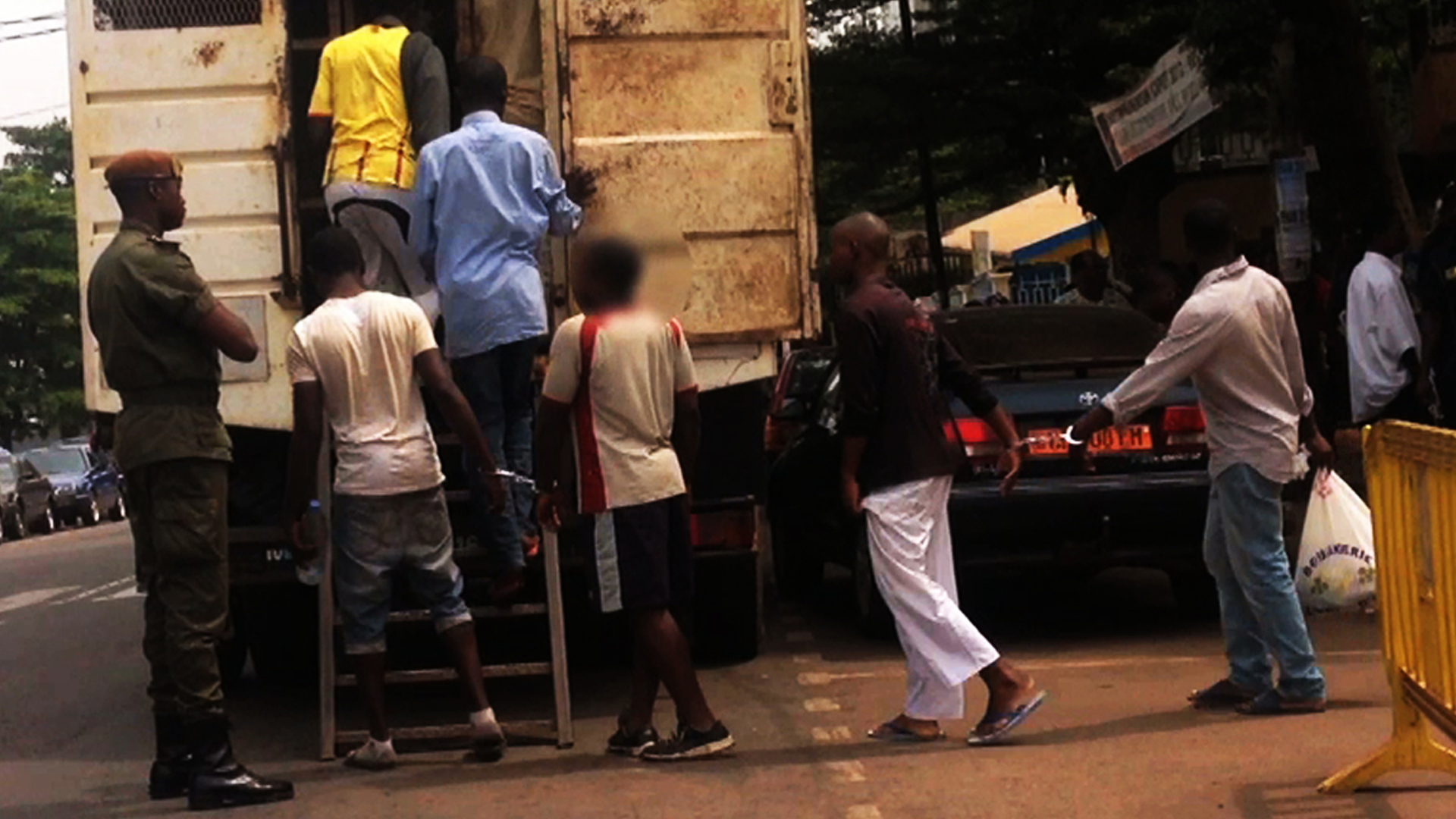 Cameroonians are imprisoned, raped and murdered if thought gay. In a troubled country where homosexuality tops the list of social concerns, violence and hate are being directed onto a suffering minority.

"If they were able to enter three fingers, they say you are a homosexual" says lawyer Alice Nkom. She describes the disturbing 'tests' that alleged homosexuals suffer at the hands of police doctors, desperate for evidence of sodomy. A hundred alleged homosexuals are arrested in such a way every year in Cameroon, in what Nkom sees as a systematic rape of individual and international human rights laws. "99% of Cameroonians are against homosexuality, this is fact!" says government spokesman Issa Tchiroma, and with the media fuelling homophobic sentiment this figure already seems to effect the next generations. "I have never seen hate unleashed in such a way", says a gay man, speaking out about a recent homophobic murder.
FULL SYNOPSIS
TRANSCRIPT