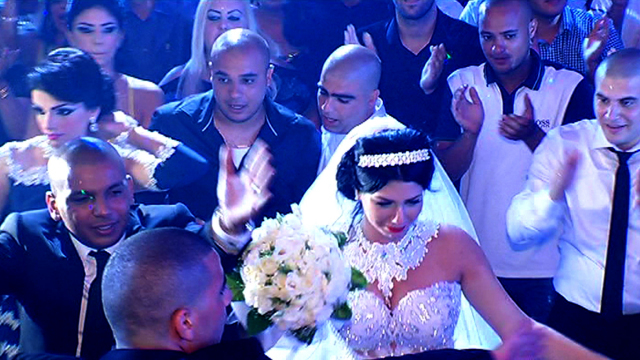 A far-right Israeli group is trying to end intermarriage and enforce strict separation between Jews and Arabs. This report meets the Lehava leader Bentzi Gopstein and follows the group's campaign.

"Hundreds of people demonstrated outside...people wanted to ruin it." It should have been a celebration of love, but Mahmoud Mansour and Morel Malka's wedding became a target for hate and created a national storm. As their typical Middle Eastern reception got underway, an angry crowd were calling for the Jewish bride to leave her Palestinian groom. Lehava, the far-right group behind the protests, has a clear aim: to enforce the strict separation of Arabs and Jews. "We came here to establish a Jewish state and if they do something that isn't right we have every right to stand against it", leader Bentzi Gopstein extols. In the cosmopolitan city of Tel Aviv, the group take to the streets with megaphones warning Arab men to stay away from 'their' women. They even target kids, with school playgrounds plastered with Lehava's stickers. And as the movement grows, Bentzi boasts that he enjoys tacit approval from some Israeli politicians. "Some people say, 'Well done', but don't tell anyone I said that." Produced by Dateline, SBS Australia
FULL SYNOPSIS
TRANSCRIPT