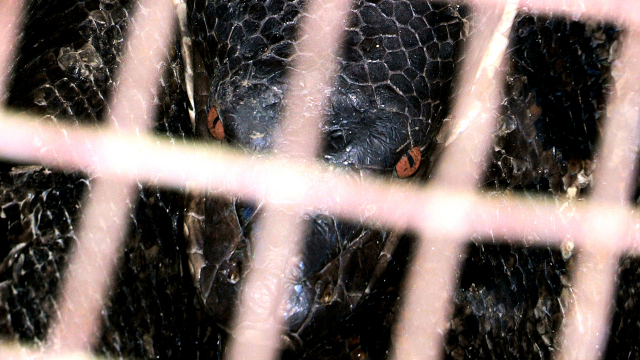 For over forty years Malaysia's forests supplied python skin to major Euro fashion brands in a trade worth billions of dollars. But that was before a 2004 EU ban forced Malaysia's snake hunters underground.


Pandian and his cousin Ganesan have been professional python hunters for over 15 years, but they increasingly face a battle to make a living. "Before, we could catch ten a day", Pandian explains. "Now we just get one or two". Fears of extinction lead to the EU ban on Malaysian python skins. But it has proved ineffective and contraband skins still find their way to Europe. According to a CITES official, "they've simply re-routed the trade from Singapore". There might yet be alternatives to hunting and a few enterprising Malaysians have opened up pioneering farms to save both the trade and the wild species. But is it too little too late for the python?
FULL SYNOPSIS
TRANSCRIPT