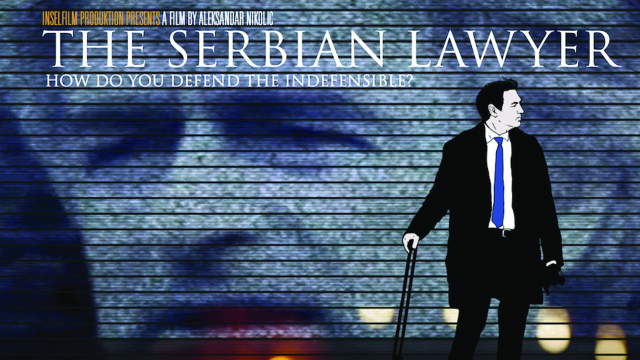 Do those who have violated all principles of humanity deserve protection under the law? The Serbian Lawyer has this question at its heart as it examines the ongoing impact of the Bosnian genocide. Focused on the personal dilemmas faced by the lawyer tasked with defending war criminal Radovan Karadžić, this doc presents us with juxtapositions of emotion and principle, and asks us whether protection of the law should extend to its worst transgressors.

"There is no justice", howls a Bosnian mother before the sterile foyer of the International Criminal Court. "Even if they punish both Karadžić and Mladić... I will still not have 32 members of my family." "Who are these trials for?", another sobs, "What about the victims and their feelings?" Bosnian families hold banners of grief and defiance aloft and pour out all their anger and desire for retribution, for what they would define as justice. On the other side of the fence though, behind all the frosty Perspex of the ICC, sits Marko, quietly determined that professional ethics and the principle of the right to a fair trial be upheld. His position is one of contradiction; exiled from his native Serbia for anti-Milosevic dissent, and married to a Slovenian, he has no love for the Ultra-Nationalists who tore his country apart. Nevetherless, "I like defending the powerless", he says. "No matter who that is, I defended his rights with all my heart". As the trial continues though, and the dispassionate scrutiny of the legal system starts to feel unfit for this particular purpose, his conscience, his professionalism, and his marriage all start to fray at the seams. Marko's professional obligations and personal feelings start to blur. From defending Karadžić on the clock, he starts to find himself doing it in private too with his in-laws and close friends, moving from detachment into a resolute Serb identity he never thought he had. He moves beyond devil's advocate and starts to believe his own recourse to ambiguity, pointing fingers of his own and confusing the issues. He visits mass graves from all sides of the impenetrable sectarianism of the region, reviews footage of disembowelled people torn apart by hatred, and starts to lose his will to remain impartial or cast doubt. "It turns you into a stone, it kills you off emotionally", says Marko matter-of-factly. Forced to scrutinize inhumanity for a living, he fears he is becoming inhuman himself. LEARN MORE.
WATCH MORE.
JOIN THE DISCUSSION. 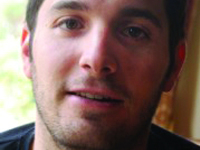 Aleksandar Nikolic was born in 1979 in Belgrade. In 1991, together with his family, he moved to London where he continued his education and eventually graduated with a master's degree in computer graphics. After university, he found work in film and TV post-production and has worked, as both editor and sound editor, on a large number of documentary, corporate and short films, including some renowned projects for the BBC and PBS. In parallel with his post-production career, Aleksandar was also developing his screenwriting and directing skills. He has written and directed 5 short films which have been screened at various international film festivals. The Serbian Lawyer is his first feature length documentary.