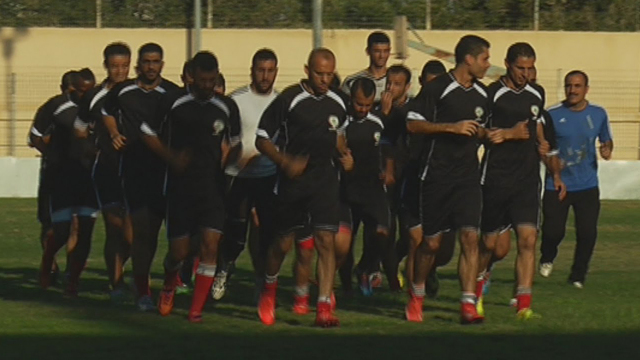 Meet the Palestinian football team determined to score a goal against occupation. Struggling through violence and restrictions, they're playing to put Palestine on the map at the 2015 Asian Cup in Australia.


"You're not just sportsmen, you carry a message to the world saying, 'We have the right to a country and a better life.'" No one could express such a sentiment stronger than Coach Saeb Jendeya, whose family home was destroyed in the recent Gaza bombings. Keen to show the world a proud and triumphant face, the players carry the hopes of the nation on and off the pitch, as symbols of a non-violent resistance. But for many of them, checkpoints and travel restrictions mean that the January tournament is still an uncertainty. "The crossings might be closed, they might not put my name on the list... and that can give me big problems", warns star player, Abuhabib. Football here is hugely politicised; "as a tool it is better than using machine guns or grenades", the chairman of the Palestinian Football Association Jibril Rajoub says.
FULL SYNOPSIS
TRANSCRIPT