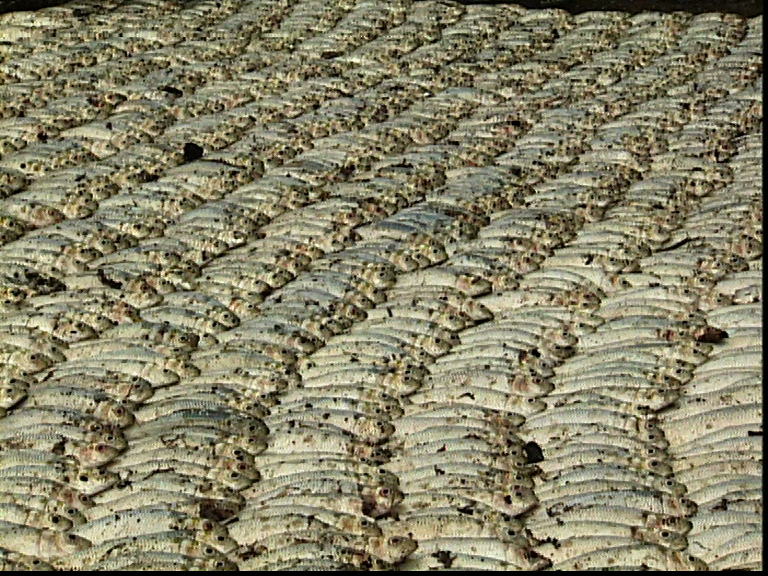 In a bid to boost its performance in the global marketplace, Senegal, like many other African nations, sold out fishing rights to the EU. But after years of intensive fishing, locals are losing out. “Of the ten kinds of fish we used to catch, there’s only two kinds left…the super trawlers fish until the sea's empty…we don’t get anything,” despairs Ismaila Doaw, just one of many angry fishermen who have turned to fishing endangered turtles to make ends meet. Enthusiasm for the government’s deal is mute. “There’s a lack of fish…I have to pay more than I used to.” The prices are prohibiting some from feasting on the fish their waters used to provide for even the poorest Senegalese. Tactics for scoring the best catches are getting rougher. “If we have a collision, [super trawlers] turn their lights off so they can’t be identified…we can’t do anything about it.” The EU are investing in ecological surveys of the fish stocks, but for the locals who can’t catch enough to survive, the state of Senegal’s waters is only too clear. Produced by Marion Mayor-Hohdahl
FULL SYNOPSIS
TRANSCRIPT