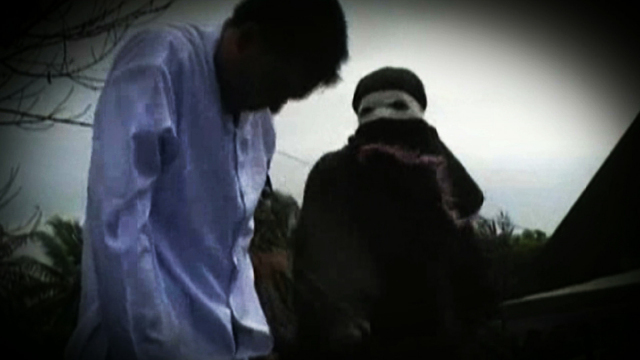 After 26 years of rebel conflict and the legacy of a devastating tsunami, Islamic fundamentalism is the new force gripping the residents of Aceh. This report gets rare access to the sharia enforcers of Indonesia.

In a desperate bid to reduce government-rebel tensions, Islamic Sharia law was implemented in the Indonesian province of Aceh in 2001. Now, captain Ibrahim Latif is in control of a sharia police department that searches, raids and publicly shames anyone deemed to be flouting the Islamic code. "The caning doesn't hurt, but it does shame", he says of the public whippings carried out, mainly on single women who have acted non-conservatively. "The real Islamic punishment for sex between a married man and a married woman is to be buried in a road" he says, and Latif is hopeful that this 'eye for an eye' style of policing will discourage more serious problems, such as sexual assault. "She didn't ask them to do it, but she encouraged it because she was wearing super-sexy clothes", he explains of a recent case of gang rape. Under his jurisdiction, the rape victim will be caned for provoking the attack. Living in this climate has forced even devout Muslims to reconsider their freedom. "We can't be as free as we would like to be" says a woman who evades the police through an underground network. "I'm angry. What can I do?"
FULL SYNOPSIS
TRANSCRIPT