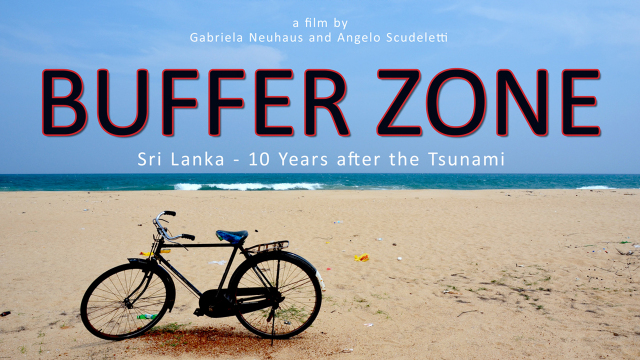 After the 2004 Boxing Day Tsunami killed 40,000 and left half a million homeless, aid agencies rushed to the rescue of Sri Lanka. Inland resettlement, funded with hundreds of millions raised in Western countries, was a welcome solution for a country living in fear of another seismic sea wave. Ten years on, cracks are appearing in the aid effort. What long term problems has this wave of humanitarian support washed up on the shores of Sri Lanka?

"I had both of them in my arms, mother and daughter. Then the floods swept them away..." Loghendran's painful memory of loss is one that rings true for hundreds of thousands across South-East Asia. Radi, whose 3 children drowned in the floods, revisits the coastal site of her old home: "Every time I come here I see them in front of me." Now trying to rebuild their lives, many Sri Lankan's have relied heavily on international aid.

Yet the villages built by Swiss, German and Turkish organisations lie far from where many locals once successfully made a living. "There we had firewood, coconuts and fish. All for free" explains Radi, among the 70,000 who were resettled. Despite not having to fear the disastrous consequences of tsunamis, these former coastal dwellers can no longer afford their new lives. They live on frugal diets in decaying houses, and among unused facilities in fragmented communities. Has anyone truly benefited in the long term from the quick and ill-advised fixes that relief organisations provided?

While the ordinary people have only suffered over the last decade, it seems the government's tourist board have instead thrived. Where ordinary people are no longer permitted to live luxury hotels have sprung up, despite the inherent dangers. Those who refuse to be moved from Sri Lanka's idyllic beaches are beginning to feel the pressure. As one land owner says dejectedly "One day they'll most likely use violence to drive us out. When that day comes, we'll have no chance." 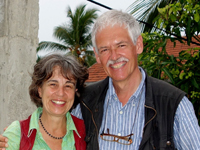 Gabriela Neuhaus and Angelo Scudeletti live in Zurich, Switzerland. They started their production company Offroad Reports GmbH in 1997. Since then they have been working together as a team. Their main interests are social and cultural issues, technology and science. Angelo has studied documentary film in Munich and is the director of photography of all Offroad Reports films. Gabriela has studied History at the University of Berne. Besides filmmaking, she is still publishing articles for newspapers and magazines. In their documentaries, Gabriela and Angelo focus on topics and questions often missed by the mainstream media, and try give a voice to people who donn't normally get heard. 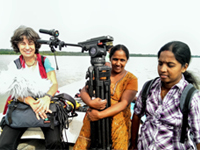 Gabriela and Angelo visited Sri Lanka for the first time just five weeks after the tsunami. People along the coast were trying to set up their lives again  with the help of hundreds of international aid and relief agencies. Seven years after the catastrophe the filmmakers returned to find out exactly what the help and record of donations has achieved for the people. They found many former coastal dwellers had been resettled inland, while along the coast luxury tourism projects were booming. After this first research journey Gabriela and Angelo decided to go back to shoot a documentary film about what they had seen. This was more difficult than they first expected: Film crews are not very welcomed in Sri Lanka and it is difficult to get press visas. But without official permission the shooting would not have been possible. After postponing their visit for several times, they finally got the permits and were able to do the planned filming - despite having been supervised during the whole shooting.