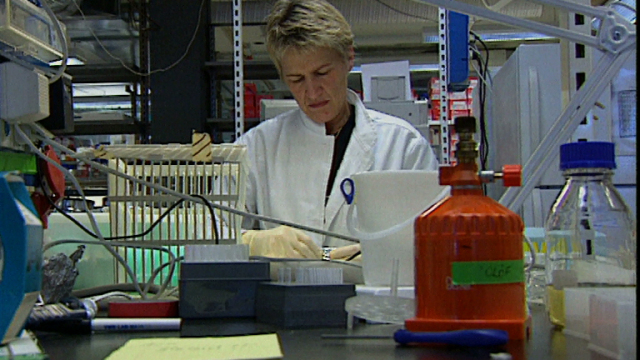 After centuries of isolation, Iceland is like a genetic snapshot of the last millennium. One company aims to study it.

Riding atop his replica longboat Gunnar Eggertson can be sure that he is following the winds of his Viking ancestors, for 85% of Iceland's population can be traced back to their 9th century forefathers. "The fact that we have this genealogy of the entire nation centuries back in time is a miraculous instrument to use in the study of genetics in human disease," enthuses scientist Kari Stefansson. deCODE wants to map the genes of the entire population. A pharmaceutical giant is promising $200 million, should they succeed. But Icelanders are divided on the benefits of the project. Many feel uncomfortable about their genetic information being used for commercial purposes, and the church is question the ethics involved in the study. For those involved however, it's the opportunity of a lifetime: "The potential for medical research is staggering. It could not only unlock the secrets of diseases, it could also warn people years ahead of the dangers they might face." Produced by ABC Australia
FULL SYNOPSIS
TRANSCRIPT