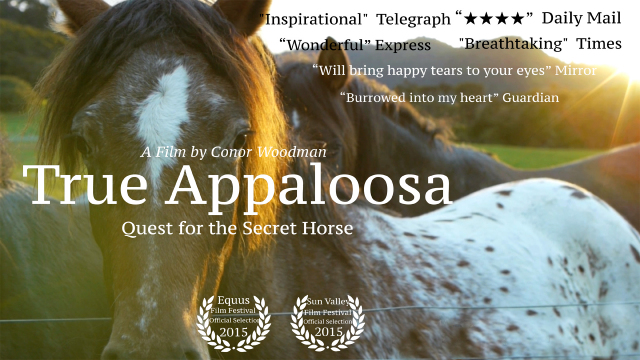 ​Horse breeder Scott Engstrom has been trying for years to prove that the Appaloosa, a rare horse breed, came from Asia and not Spain. With only 109 true Appaloosas left in the world the question is vital. After spotting a horse uncannily like an Appaloosa on a TV show filmed in Kyrgyzstan, the fiery 69​-​year-old heads for central Asia. This extraordinary film follows her search deep into a lost valley, long considered inaccessible - until now.

The thundering of horses' hooves fills the stadium. It is Independence Day, and in Kyrgyzstan, a country with a long and proud history of horsemanship, that means a huge game of Kok Boru. The national sport is an at once awesome and frightening spectacle. Only the bravest of riders take part, pushing their horses to the limit and trying to remain seated through frequent collisions as they tousle for a goat carcass, which must be placed on a base in order to score. "These horses are dedicated to their riders, holy hell", says Scott, over the roaring of the crowd. In all her years of riding, she has never witnessed anything like this.

Scott has come with Conor to Kyrgyzstan on a mission: to find Appaloosa horses, a rare breed she believes originated here. But even in Kyrgyzstan, Appaloosas are difficult to pin down. They discover that Soviet occupation has all but destroyed the indigenous horses like the one Scott had seen on TV. So their search takes her on a journey, first by car, and then horseback, far into the mountainous nation's rugged wilderness. Will the lost valleys of the Kyrgyz border region prove to be the last refuge of wild hordes of the coveted spotted horses?

Taking to the saddle for the first time in 12 years, the 69-year-old will brave below-zero temperatures and hungry wolves of Kyrgyz mountain ranges in order to settle the wrangling question of the Appaloosas' origin and prove other American horse breeders wrong. "For 40 years I've claimed they came from Asia, and for 40 years they've laughed at me", she says. Not anymore. LEARN MORE.
WATCH MORE.
JOIN THE DISCUSSION.
FULL SYNOPSIS 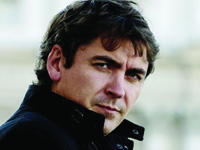 Conor Woodman is a director, producer and presenter. He devised, produced and presented Around the World in 80 Trades for Channel 4 and Nat Geo's Nepal : Journeys on the Roof of the World. More recently Conor has been hosting National Geographic Channels Scam City as well as Hunting The Doorstep Conmen and Exposure : Britains Booming Cannabis Business for ITV. True Appaloosa is Conors directorial feature documentary debut. 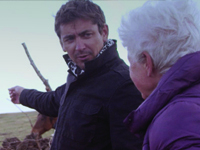 I set out to make a film unlike any that Id seen before. I didnt know how it was going to end. I wanted to stay true to the spirit of adventure and the journey into the unknown. Scott is a massive inspiration to anyone to follow their heart. Her drive and her unbridled courage in making this journey should be an example to us all.