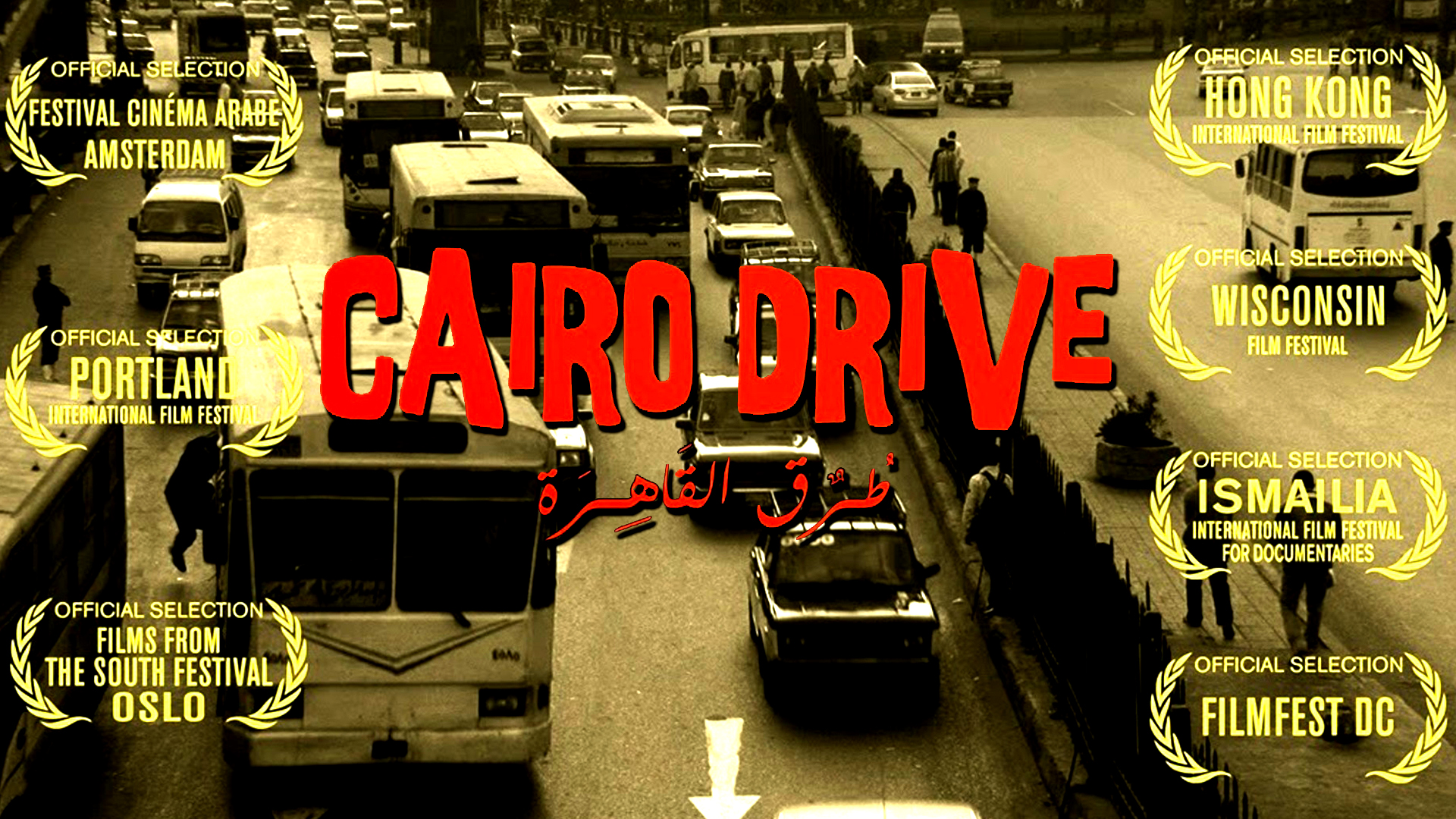 Amid a cacophony of car horns and cursing, the manic streets of Cairo are where Egyptians vent their frustrations and air their hopes and joys. With a cast of drivers as diverse as the city's population, this documentary reveals the tumult of the city in the days leading up to the Egyptian Revolution​. With an often delightfully comic edge, it ​captures the voices of a people who are unsure what the next turn in the road holds in store for them.

20 million people. 23,600 miles of road. Two million cars. Taxis, buses, donkey carts, and swarms of people, all jockeying to move through the obstacle course that is their daily lives. Sitting at a cultural intersection, Cairo is a city unlike any other, where different faiths, races, and social classes all share a few clogged arteries of tarmac. Driving in Cairo is like learning a new language. "Ghorza", literally a 'stitch', means maneuvering into the tiniest of available spaces - the constant weaving in and out of cars that characterises Cairo's traffic and that every driver must master. Next, there's the surprisingly rich vocabulary of honking. Want to say "Your wife is the man"? There's a honk for that. It's not all road rage and mutual disrespect, however. A light honk is good etiquette when changing lane and essential for avoiding collisions, which are all too frequent. The authorities, aware that dangerous, overcrowded roads are one of the capital's greatest problems, have attempted to change the infrastructure, but to no avail. The Kids Driving Program signals a new approach: teaching road safety to toddlers through song. "Yellow means wait, even if you're late..." they sing. The government is right to reason that the roads have political importance: they are a thermometer of the public sentiment. Whether it's a wedding or a footballing victory, the jubilant sounds of celebration resound here first, accompanied, of course, by much honking. And in the lead-up to the revolution, it is in the streets that the change of mood is most palpable. The
FULL SYNOPSIS 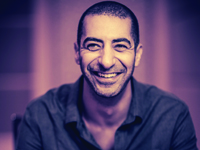 Sherief Elkatsha was born in the US, raised in Cairo and lives in Brooklyn. This is his third feature-length documentary, which premiered at the Abu Dhabi Film Festival 2013, and was awarded "The Best Film from the Arab World" in the documentary competition. Elkatsha's first documentary, Butts Out, is about five smokers and their struggles to quit. He also codirected Egypt: We are Watching You (2007), about pre-revolution politics in Egypt, through eyes of the activist group, Shayfeen.com. Why Democracy series. 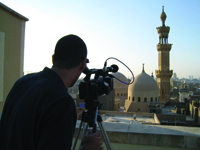 Cairo Drive recounts a communal narrative of the Egyptian people through individual stories told from the road. As someone with a foot in both cultures, Sherief has a unique perspective through which to examine the city and the microcosm for revolution it has become. Sherief rides through the congested Cairo streets alongside a diverse cast of characters capturing the unspoken codes of conduct, frustrations, humour, fatalism and life-and-death decisions of driving in a city where the only rule is: there are no rules.