How Serbia turned on its leader 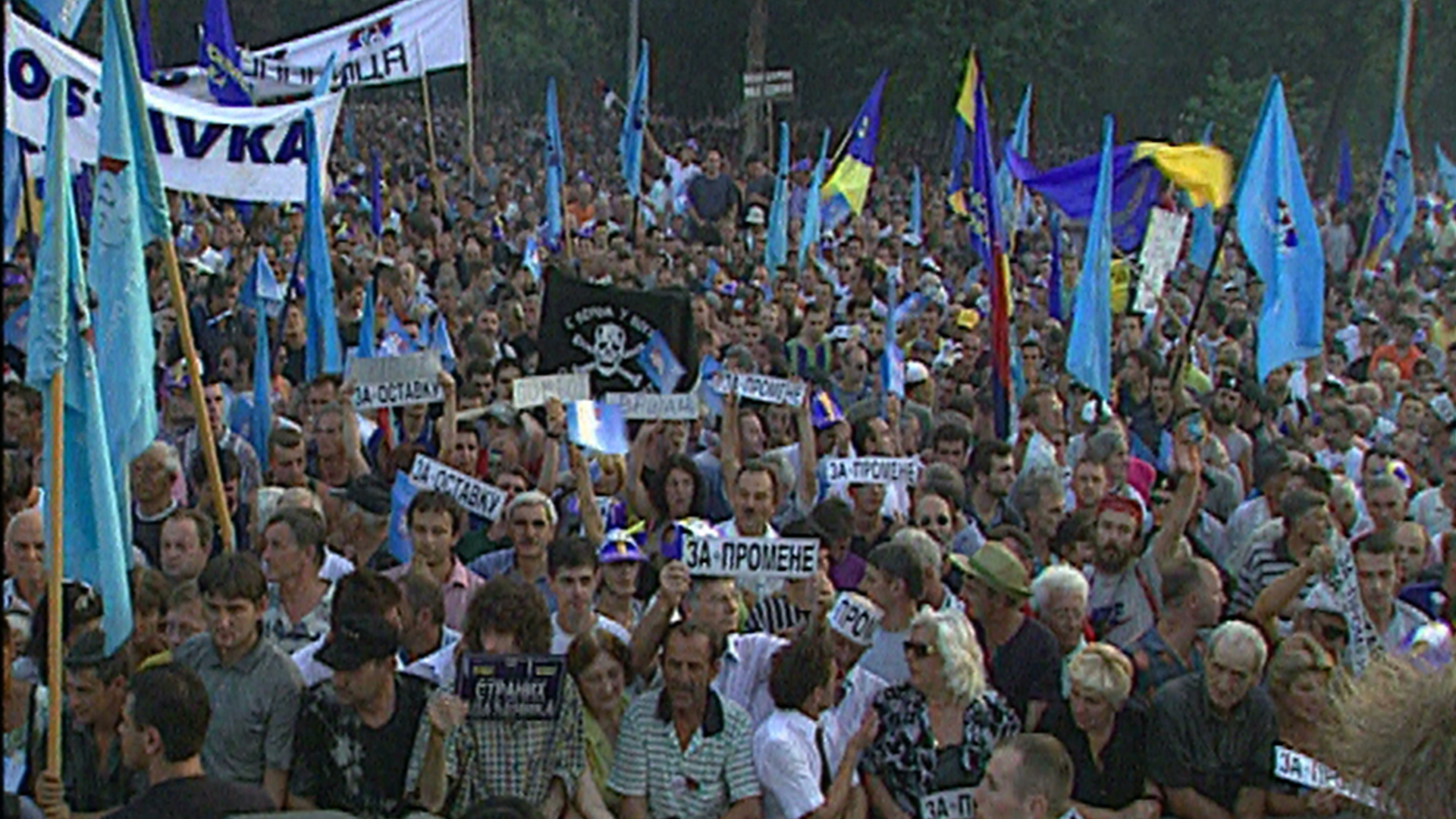 We investigate how Serbia turned against Milosevic in a report filmed when economic sanctions started to bite.

In the soup kitchens of Nis, tensions are running high. "Words cannot describe how hard it is," despairs a hungry pensioner, "I used to call [Milosevic] a pig, but not any longer, even a pig can think." With the heart of the Yugoslav economy lying in twisted ruins, impoverished civilians are raging at NATO, at Albanians and at the government that led them to war. Speaking here Dragan Covic, Vuk Drascovic and Zoran Djindjic of the restive opposition are pushing for elections or else... "We must increase pressure on the streets, this is the only guarantee for fair elections," threatens Djindjic. But the army is ready should a coherent uprising take hold. "The army must prevent civil war," decrees Yugoslavian Gerneral Nebojsa Povkovic in a lengthy interview. But support for Milosevic is waning in even nationalist camps. Angry Kosovan Serb refugees feel betrayed. "He said nobody would touch a hair on our heads...and now heads are rolling in Kosovo!" they scream. Throughout the nation the people who have lost everything can only look forward to hopelessness in a Yugoslavia, expelled from the international community and bombed into the past. Produced by Danmarks Radio
FULL SYNOPSIS
TRANSCRIPT