Return To The Hot Zone 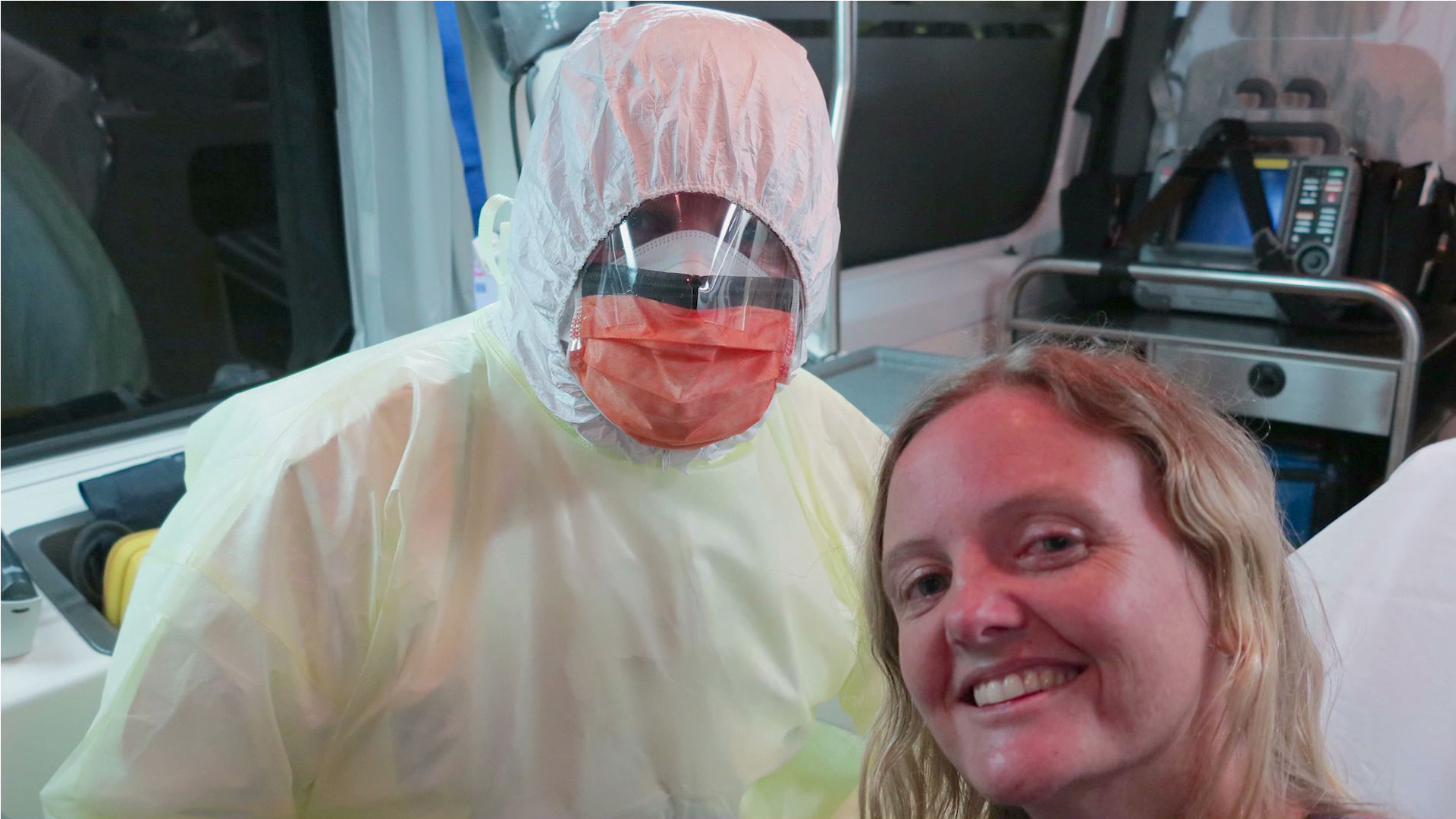 Determined to document those affected by Ebola, health project worker Jo Dunlop returns to Sierra Leone. She witnesses the defiant bravery of the local care units that highlight the immense gap in global health.

When Jo arrived in Sierra Leone to work on a health project, she was also inspired to start a fashion blog on the people of Freetown. But all was soon transformed by an unforeseen catastrophe: Ebola. "It's been devastating. The disease just moved around like this horrible menacing monster, and there were people just crying out for help", she says. Electing to remain in Sierra Leone during the outbreak, Dunlop turned her camera on those afflicted by and fighting the deadly virus. Back on the battle line the resolve of the health workers is only stronger. "We'll get Ebola finished in this country. I have the faith, that's all", a local nurse says. But returning to an area of such need underlines the shocking gulf in international emergency relief. British nurse and Ebola survivor Will Pooley talks to Dunlop in a clinic he is working from. "Compared to the sophisticated care and resources that went on my treatment in the UK", he says, "why should some people suffer and die unnecessarily, just because of where they were born, and other people get access to the best." Produced by Dateline, SBS Australia
FULL SYNOPSIS
TRANSCRIPT