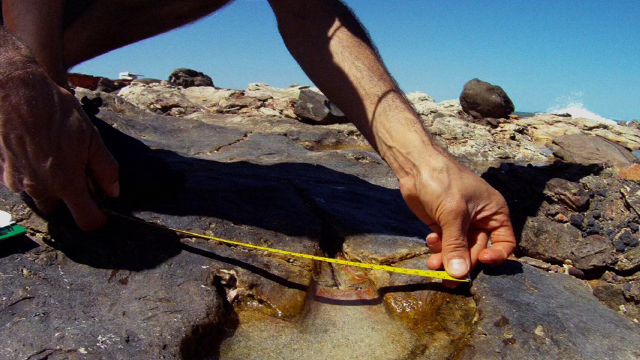 Along the rocky platforms of the pristine Dampier Peninsula north of Broome, written in the sandstone is a dinosaur story from 130 million years ago. Here, paleontologists have recorded the track types of more than sixteen different dinosaurs including the biggest to ever walk the earth. The tracks are also culturally significant in that they are woven into the Aboriginal songlines and creation stories. Mark Horstman hunts for dinosaurs in the Kimberley, to see fossil footprints never revealed before. But just as science begins to appreciate their significance, the integrity of these diverse trackways are threatened by a massive industrial development.
FULL SYNOPSIS
TRANSCRIPT