Zulu women queue to get their virginity tested 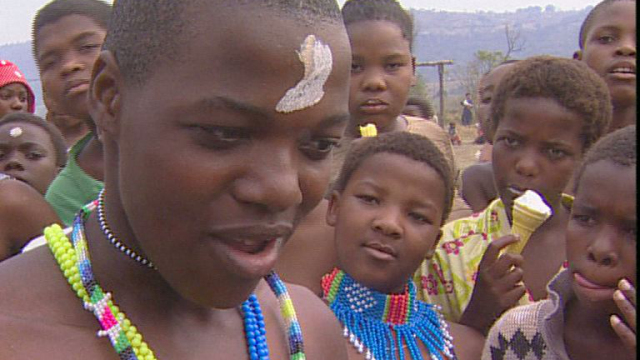 In the rape and AIDS capital of the world the rituals of virginity testing are gaining renewed importance.

Wearing traditional dress, young Zulu girls march in line down to a virginity ceremony. Each hopes for the same thing: a certificate confirming their virginity, given out by the community's older women. Many defend the ceremony, saying it is part of tradition and helps to prevent the spread of AIDS and unwanted pregnancies. Others feel discriminated against however, as those raped, an all too common occurrence in South Africa, suffer from not having a certificate. Human rights workers are trying to stamp out the ceremonies: “They feel that it will reduce teenage pregnancy and some people believe it will also stop the spread of AIDS. I personally believe that education is much better than exposing ones private parts or genitals. It's a degrading treatment and is humiliation.” But in a place where a virginity certificate means more than a dowry, the queues at the ceremonies keep on getting longer. Produced by Marion Mayor-Hohdahl
FULL SYNOPSIS
TRANSCRIPT