Battle of the Nations 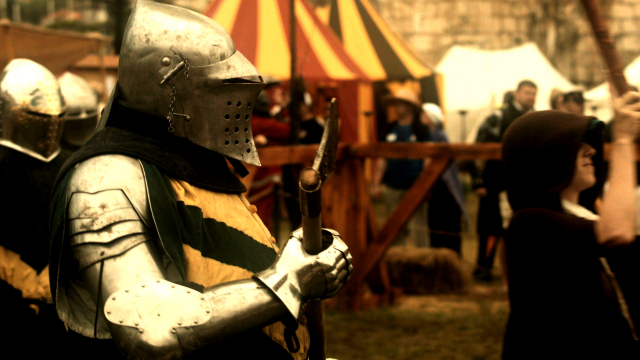 It may look like a scene from Game of Thrones, but here at "Battle of the Nations" - the world championships for medieval sword fighting - there is no script and the blows are frighteningly real.

The picturesque Croatian island of Trogir is home to a 12th Century medieval walled village. Here, an Australian team of enthusiasts, clad in homemade armour, watch nervously as wounded fighters strewn across the playing field are tended to by medics and carried away for the next round of battles to begin. Paul Smith, a chef who has been training for months, notes that the tournament is "the closest thing we are ever going to get to actual medieval combat". The rules are simple: three points of contact with the ground and you're out, last team standing wins. Blades are real but blunted, and injuries are common. "The thrill of being hit repeatedly in the head with a sword and surviving it is certainly a rush", says Paul. As the bugle signals the next fight this Aussie knight readies himself: "Now I feel ready to go to war, really". Produced by Dateline, SBS Australia
FULL SYNOPSIS
TRANSCRIPT