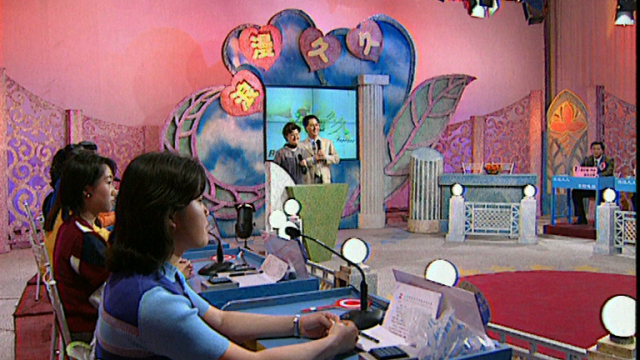 After two decades of its one child policy, China’s preference for sons has left a surplus of 111 million men. Now, the new TV dating show ’Romance Forever’ is on hand to save the day.

Backstage at Studio 49 the singletons of Beijing spruce up for a stage-managed stab at romance. There are now 6 men to every 5 women in this nation adding a distinct urgency to the business of finding a partner. And for the capital’s workaholics, TV is now the preferred cupid. “They have more chances at success but less time to communicate,” explains Romances’ presenter. Each week the studio lines up 12 hopefuls who set out to woo fellow contestants. For the losers Beijing TV organises matchmaking parties. Single hopefuls line the room, women on one side, men on the other. With such palpable nerves it’s no wonder the bashful singles are seeking the aid of ‘Romance Forever’. Produced by ABC Australia
FULL SYNOPSIS
TRANSCRIPT