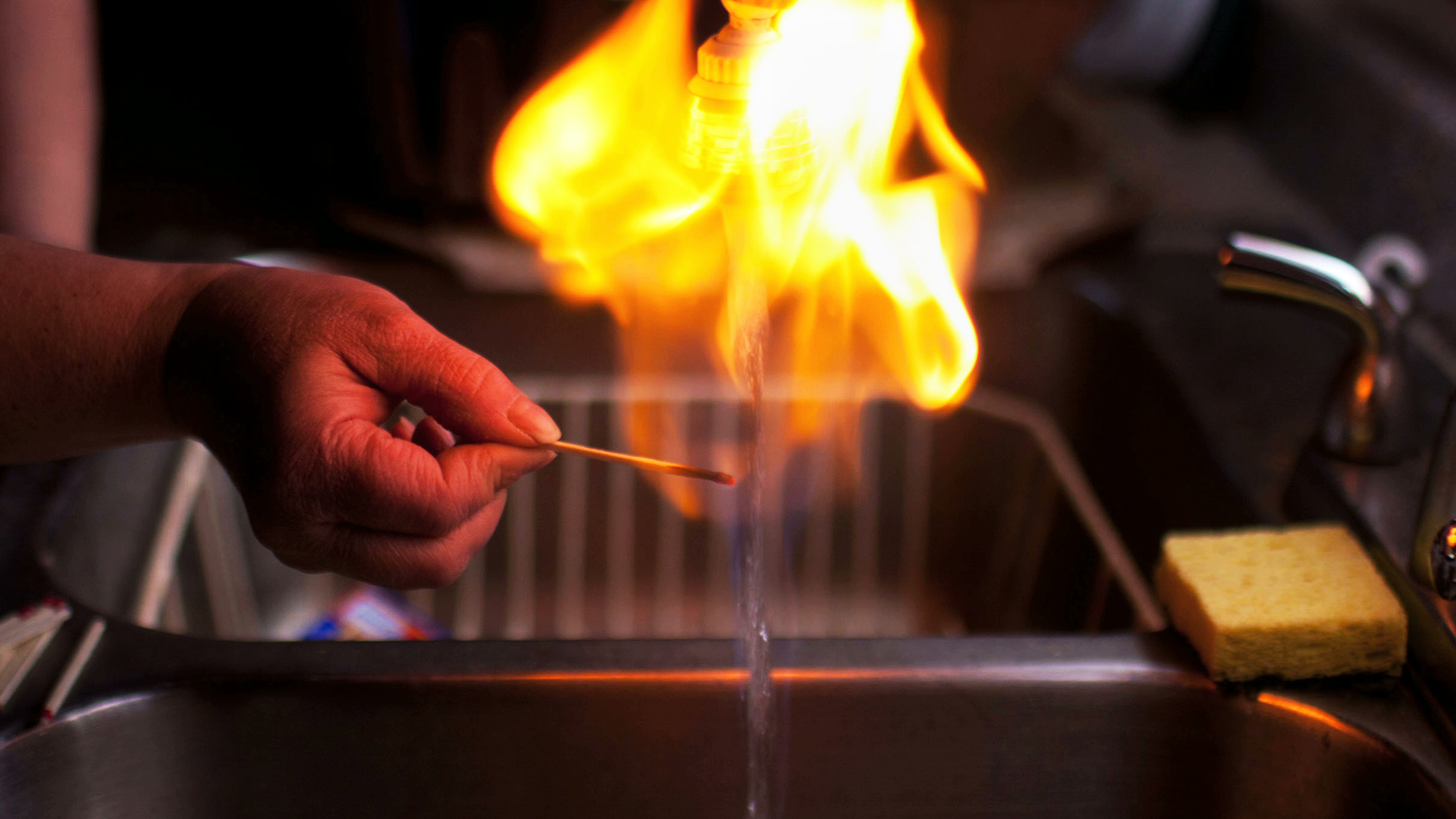 It's America's controversial answer to an energy-secure future. But with questions remaining about damage to the environment and people's health, fracking is causing a rift across affected communities.

"It's the answer to our local economy, our national economy, our state economy and it is the new foreign policy", says Doug McClinko, County Commissioner of Towanda, Pennsylvania. The area is rich in shale gas and to many like Doug, fracking is the key to a more self-reliant and secure future. In an area where rural livelihoods are under intense strain, the personal incentives for opening the door to fracking is clear: "It puts kids into college". But as global oil prices plummet, ripping profits from under landowners' feet, and more and more residents report water contamination, questions are coming to the fore and dividing communities. For Ray Kemble, an anti-fracking activist whose water began running green after the wells popped up, the benefits are nowhere to be seen. "They've destroyed my life", he says.
FULL SYNOPSIS
TRANSCRIPT