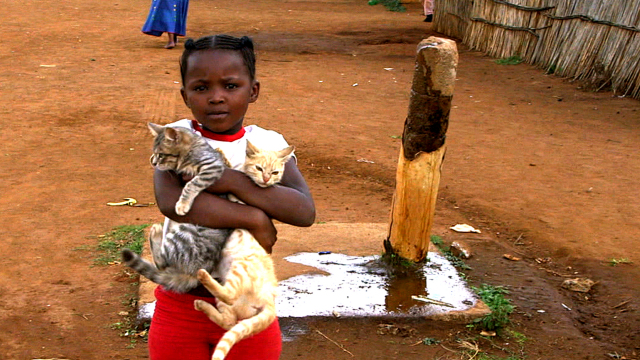 Cora's love of animals led her to set up a veterinary clinic to service South Africa's poverty-stricken black townships. But the social injustice she saw there has led her to expand her mission.

Cora's work started 25 years ago, after she became frustrated by the lack of concern for animal welfare in the townships. Today, on her daily rounds of poverty-stricken Durban, Cora's work ranges from treating sick pets to checking in on families thrown into disarray by HIV, delivering food parcels and activities for children. "Sometimes you see suffering that's almost indescribable", she laments. Produced by Dateline, SBS Australia
FULL SYNOPSIS
TRANSCRIPT