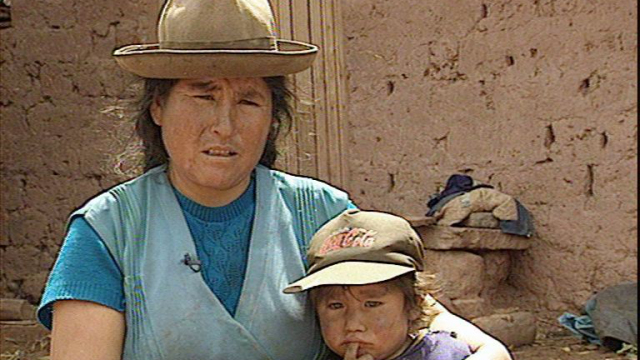 To curb population growth among the poor, Peru's government enacted a project of mass sterilisation. However, many women underwent the process without their consent.

In late '90s, the Peruvian government wanted to restrict the size of families in rural communities. After a publicity campaign failed to curb birth rates, a project of mass sterilisation was approved. Over 250,000 women received 'the thread', a colloquial term for the process. Yet while the government and hospitals maintain that procedures were carried out with the women's' consent, more are shedding light on the reality of the situation. Shocking interviews with health workers and doctors reveal that monetary rewards were offered to those who sterilised women; incentives such as food were offered to those women who underwent the procedure; and perhaps most shockingly of all, many were sterilised without even knowing it. The fight for justice is far from simple; in almost all cases its the hospital's word against the woman's, and as a result few if any doctors are held to account. Yet more and more women are coming forward with their experiences, and lawyer Giulia Tamayo is attempting to prove that the government violated human rights. A shocking but necessary documentary about a government restricting women's rights to self determination and control over their bodies. Produced by Sic TV
FULL SYNOPSIS
TRANSCRIPT