Slaves to the Beautiful Game 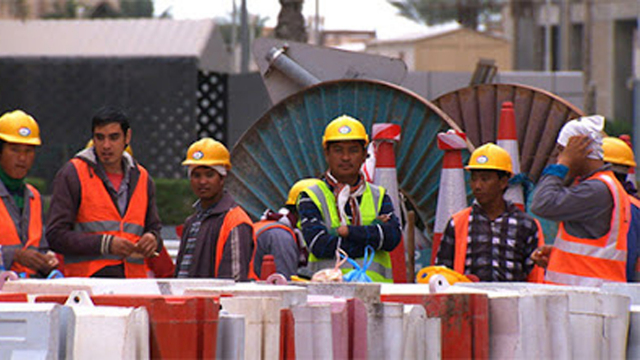 The scandal surrounding FIFA corruption has focused fresh attention on migrant workers who have died building stadiums for the 2022 World Cup. This report reveals the shocking conditions endured by workers.

The lead up to the World Cup has been enshrouded in scandal at every turn. With reports that over 1200 have died in Qatar already, the reality of the World Cup for those building the stadiums is far from glamorous. "They live in squalor... They're owned by another individual, lock, stock and barrel - that's slavery", says Sharan Burrow, head of the International Trade Union Confederation. Burrow takes ABC on a tour of a hostel of Nepalese migrants, who work six days a week for 12 hours a day, with no paid overtime. "They just send you back when they decide you've finished", explains one worker. Under the Kafala system in Qatar, workers need permission from their employers before they can leave the country. "The workers here can be physically and verbally abused... they can be stuck in detention centres or they can be kicked back home", says Mustafa Qadri from Amnesty International. Even footballer Abdes Ouaddou was a victim of Kafala. After being hired to play in the Qatari league, he was denied an exit visa. Expressing his outrage, Abdes says: "How can such a prestigious, popular competition take place in a country that doesn't respect human rights or the law?"
FULL SYNOPSIS
TRANSCRIPT