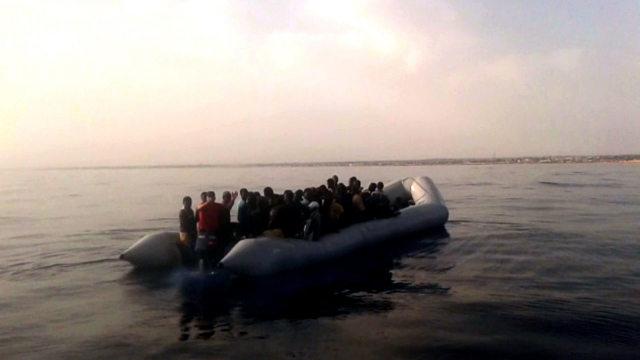 As military action against migrant smugglers continues, the Libyan authorities are playing a chaotic cat and mouse game with an endless tide of migrants and are tiring of their role as Europe's border control.

"They drove 115 of us to the coast in trucks. We slept there one night. The next day in the morning we left for Italy by boat." Like hundreds of thousands of others, Ibrahim put his life in the hands of organised smugglers. They were picked up by Libyan patrols. Now he is being held at one of many detention centres near Libya's coastline. The sheer numbers at these centres is evidence of the Libyan authorities' considerable efforts to control migration; but the strain on resources is apparent. "You have to feed them all. Sometimes you wonder: wouldn't it be better to let them go to Europe," says General Abdelbaset Marwan of government taskforce Libya Dawn.
FULL SYNOPSIS
TRANSCRIPT