Of Blood and History 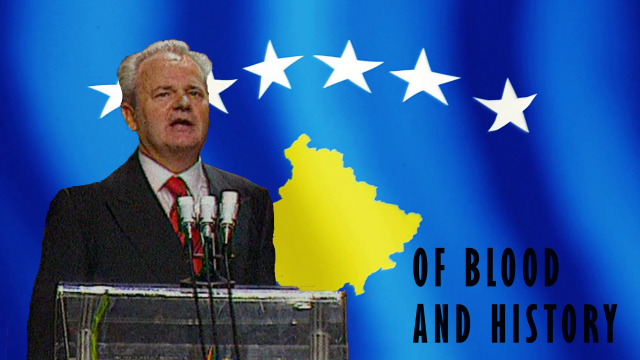 A look at Kosovo's violent history, focusing on the Bosnian War.

The target of both ethnic cleansing and the biggest NATO bombardment since the Second World War, Kosovo was hell-on-earth. Hundreds of thousands of refugees fled. Mihane recounts the death of her grandson, crushed in the crowds awaiting deportation from Pristina. Women in a safe-house near Skopje, speculate on their missing husbands and describe Serb soldiers' abuse of women and children: Milosevic's 'Medieval approach' to Kosovo. Kosovo, which is 90 percent ethnic Albanian and largely Muslim, is the heartland of medieval Serbia. The Ottoman Turks defeated the Serbs at Kosovo Field in 1389. In a 14th century Serb Orthodox monastery Images of Turkish brutality to Christians adorn the walls. Many Serbs believe they are still the last bastion against Islam, and Milosevic exploited religion to mask his ultra-nationalist agenda. Yugoslavia was always fragile as it was put in Place by Europe's leaders after World War I. After World War II, Tito reorganized Yugoslavia into six republics and two autonomous regions, and held it together with a strong army and Communism. But after his death in 1980, Bosnian politics divided along religious and ethnic lines. Croatia proclaimed independence from Yugoslavia and then in 1992, Bosnians also voted in favour of independence. Bosnian Serbs went to war, backed by Milosevic's Yugoslav army. The nationalistic message rang out from village to village, turning neighbours into executioners. Eventually Bosnia-Herzegovina split into two entities: a Muslim-Croat Federation and a Serb Republic. 30,000 NATO troops still police the 4km division between them. Milosevic had failed in Bosnia, but the genie of nationalism was out of the bottle. Inside Kosovo, life for ethnic Albanians began deteriorating in 1990. Virtually autonomous before then, Milosevic sent his troops in to throw Albanians out of their jobs. In May 1998 the Serbs massacred 41 ethnic Albanians at Drenica, claiming they were searching for members of the Kosovo Liberation Army. Such Serb repression in Kosovo strengthened Albanian resolve. In a landmark move, the International War Crime's Tribunal in the Hague indicted Milosevic for crimes against humanity. Radovan Karadzic, and his adviser Gen. Ratko Mladic were indicted by U.N. war crimes prosecutors on charges of genocide and crimes against humanity in Bosnia, but they were not serving heads of state. As Louise Arbour of the War Crimes Tribunal argues, the Kosovo war was 'the price we pay as an international community for not having the means to challenge the worst offenders, the people who oppress and kill their own people'. For the victims of ethnic cleansing, the Tribunal restores hope in law and justice. But Gazmend speaks for many refugees: 'I couldn't live with the Serbs again. How could I after they've killed my family'. Milosevic's crimes in Kosovo were not appeased by NATO's bombs. Perhaps the War Crimes Tribunal can begin to do that now that they finally have their man. Produced by Journeyman Pictures
FULL SYNOPSIS
TRANSCRIPT