The violent repercussions of East Timor's vote for independence 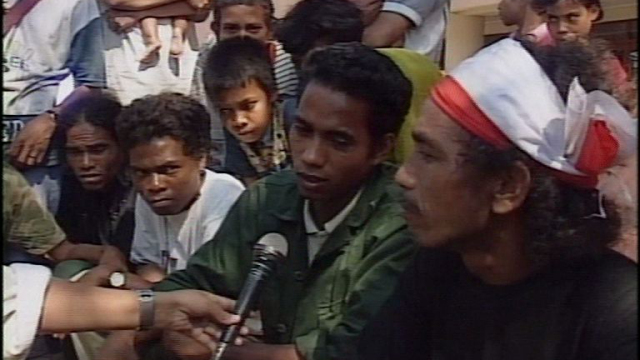 Americoda holds up the miserable remains of his hand. This refugee’s house was burnt down; as a parting shot his attackers thrust his arm into the fire.

In 1999 East Timor voted to separate from Indonesia. The violence that ensued resulted in the death of 1,400, and caused UN troops to intervene. This film gains rare entrance into a refugee camp in West Timor, populated for the most part by people who voted against independence. They have been evacuated by pro-Indonesian militias, and fear to return home. They also blame the UN for being bias and for escalating the violence. However those who voted for independence in the camp also fear for their lives, often being the target for extreme violence. A unique film that examines the disintegration caused by the 1999 referendum. Produced by EO TV
FULL SYNOPSIS
TRANSCRIPT