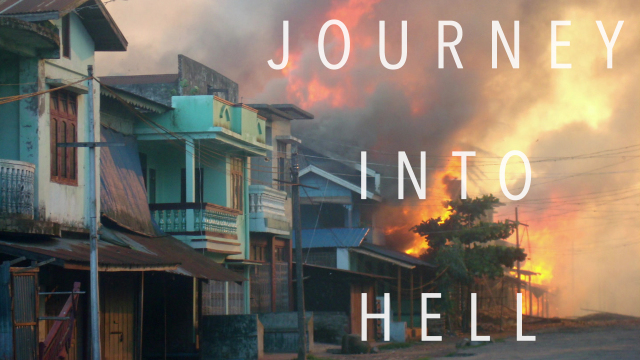 The Rohingya have faced years of persecution in Myanmar. This 2015 report uncovered the vast network trafficking refugees to Thailand, exposing the cruelty and horrors of hidden camps and mass graves.

This is human exploitation at its very worst. Tens of thousands of Rohingya refugees have been trafficked from Myanmar into Thailand. Trapped in ghettos along the Myanmar coast, the Rohingya board trafficker boats to seek a better life, only to later find themselves trapped in the jungle camps of Thailand. One refugee describes the extraordinary cruelty of the traffickers: “If the children cry, they beat us. If we talk to each other, they beat us. If we complain about the food not being enough, they also beat us. They beat us not with their hands but wire.” Going undercover, this report discovers the abandoned camps and mass shallow graves in the Thai jungle. One camp guard describes the atrocities: "They kill them by hanging. We had to carry those bodies to the grave and bury them. We could not talk about that to anyone. If we did we were beaten.” It’s a story of corruption and extreme brutality. As Smith notes, “none of these camps could have operated without the full awareness of the Thai authorities and also the Malaysian authorities". A heart-wrenching journey laying bare the hidden truths of the Myanmar ethnic cleansing of the Rohingya.
FULL SYNOPSIS
TRANSCRIPT