The turmoil that followed East Timor's vote for independence 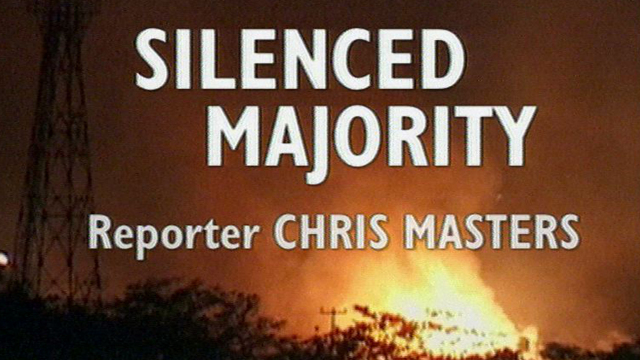 In 1999 East Timor overwhelmingly voted for independence. However celebrations did not follow - brutal violence did. This documentary speaks to those who bore witness to the tragic events which lead to the death of 1,400 civilians.

When the East Timorese voted so comprehensibly for independence from Indonesia on August 30th it was a vote for their own punishment. Just days before the referendum the UN got a taste of things to come. With vicious menace a militia crowd surged forwards pelting the UN's Maliana base and the town's pro-independence civilians with rocks, shattering the retreating camera. The Timorese were not surprised by this ruthless, systematic retaliation - they had known it for 24 years. Through these accounts from Timor's clinicians, aid workers and UN observers we become witnesses to slaughter. A slaughter that was conducted by the militias and co-ordinated by factions of the Indonesian military. With flags, banners and home-made guns, the militias gathered back in March to announce the aims of the pro-integration movement. "I'll introduce myself, I'll explain MAHIDI," announced Cancio de Carvalho, "MAHIDI means dead or alive [we'll have] integration with Indonesia." "I'll defend integration to the last drop," echoed Eurico Gutteres, leader of the Aitarak militia. Dishing-out their T-shirts, hats and bandannas their campaign galvanised "an army of street thugs and bully boys" into action. Kids who were "mainly recruited from West Timor," according to UN Barrister Mark Plunknett. 'Oh, they're just "neck Ablie"', the Timorese would say, merely youths out to protect their own necks not committed nationalists. But after a peaceful voting day, and a landslide victory for independence, observers had dared to hope for the militia's surrender. "We hoped that somebody like General Wiranto would say to the generals involved, 'Listen fellas, it's all over, you'd better pull back now.' But of course he didn't." Standing in tense knotted groups armed with nail-spiked branches the boys of Dombosco knew not to underestimate Indonesian resolve. "The mood altered within an hour [of the referendum result]. There were people... tearing branches off trees putting nails through...the really strong youth had their ceremonial swords out. It was incredible." From then on, the plan was clear to the UN. "It was clearly directed in three phases. One to frighten the media out of East Timor, and the second to hold up UNIMET and keep them in, and the third to punish terribly the Timorese people." Step one was easily accomplished. A lone militaman hurled a rock at Dili's main hotel, home to the majority of journalists in Timor. "It was a minor incident and like panic took hold... once one crew decided to charter a plane you had the majority leaving," recalls journalist John Martininkus. The international community was swiftly blinded. Out of the dark loom the eyes of terrified people clambering over the wall of the UN's compound. These were the people the UN abandoned. For the individuals on the mission it was a shameful departure. In the midst of despair at 3 o'clock in the morning a small Timorese boy comforted Dr Kevin Baker. "Don't worry Doctor, don't be afraid. The peacekeepers will be here in the morning," he said. "And I sort of reassured him... they were still clutching to the belief that they were going to be saved." "I'm ashamed, we didn't believe we'd really be going," echoes the UN's Jim Dunn. But by then, without a mandate, there was little to be done. The multiplying red dots of fires seen on a Landsat Image of Timor worsened as Indonesia introduced marshal law - an Image explaining a tale of complicity. In the last twelve months forces within the Indonesian Government and military have enacted a campaign of calculated chaos. Thugs have attempted to provoke a phoney civil war. But their essential goal - the goal of forcing a fraudulent vote - was not achieved. Amidst a throng of disPlaced Timorese, a child makes the sign of victory. After 25 years of violent occupation Sister Gubbin's congregation were expecting the violence the international community failed to prevent. "I'm sure there'll be blood," they said, "but we will have Timor... this is for our children." Produced by ABC Australia
FULL SYNOPSIS
TRANSCRIPT