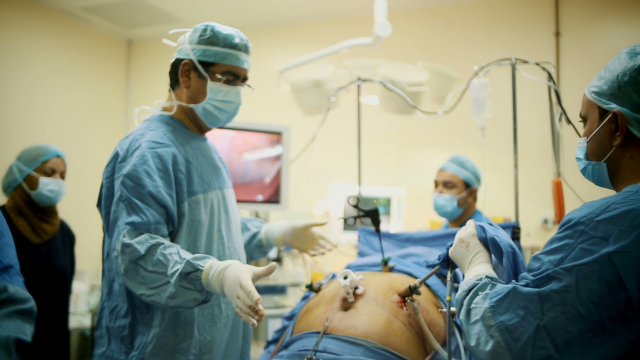 Thirty years of rising living standards have left Qatar with an epidemic of obese children. Now doctors are trying to tighten belts and stem the tide on a major health problem that could have far reaching consequences.

"At the beginning I was fine, until I was in the third year at primary school. Then the Gulf tummy started to grow" explains Moaz, who suffered from obesity all through his childhood. A sharp rise in economic affluence, increasingly westernized diets and low exercise rates has lead to an explosion in the country's levels of obesity. 40% of Qataris are now obese and 20% suffer from diabetes, with 75% of diabetics under 45 years of age. As Dr Taheri explains, the effects could be far reaching. "They are going to be affected at a very young age with heart disease, problems with cancer, dementia, things that are going to affect the nation in the long term." Doctors like Taheri are hoping that a strict program of prevention, enforcing healthy diets and exercise regimes upon the nation's schoolchildren will be enough to limit the impact.
FULL SYNOPSIS
TRANSCRIPT