The Hadza: Last of the First 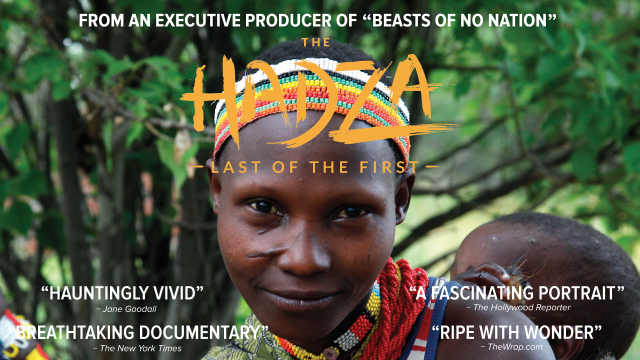 One of the last true hunter-gatherer tribes, the East African Hadza try to maintain their sustainable lifestyle. They have lived on their land near the Rift Valley in Tanzania for over 50,000 years. Like other indigenous peoples around the globe, the Hadza now face grave challenges to their way of life. The Hadza: The Last of the First is a call to action to guarantee a land corridor for their survival.

"This land is our true home. We can move a few meters, but we can't leave. There is no other place we could go." The tribesmen explain how integral ancient traditions are to their lifestyle. The men head out armed with spears and bows to hunt down the animals they need to survive. The women dig for roots and plants to live off. The Hadza are as much a part of the land as the animals they hunt. If they lose their land they lose their means of survival. But this tribal existence is becoming nothing more than an illusion. The arrival of matches means they're losing their fire making skills, modern medicine is taking the place of traditional remedies and alcoholism is threatening their peace. Modern civilisation is beginning to encroach on their land and ancient traditions are being eroded. The Hadza now risk losing their deep connection to nature. "If things keep going the way they are, and people continue to come here, we will be finished", says Hazda tribesman Kaunda. "Gone forever". The Hadza are fighting to protect their ancestral land, but unless things change they're fighting a losing battle. Agriculture is already depriving them of resources, with cattle drinking from their water holes and even eating the thatch from their roofs. An insight into their unique way of life, this moving film follows the Hadza as they are caught between traditions and modern ways of life. It uncovers a clash of cultures that could mean the loss of a vital connection to our past. LEARN MORE
WATCH MORE
JOIN THE DISCUSSION
FULL SYNOPSIS 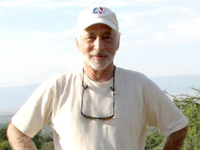 Bill Benenson (Director/Producer) is best known for his award-winning documentary Dirt! The Movie. In addition to his recent The Hadza: Last of the First, Bill is currently working on a documentary about the search for a lost Pre-Columbian city in Central America using LIDAR technology, work for which he was awarded the prestigious Leading Global Thinkers Award from Foreign Policy magazine and garnered expansive media coverage. Bill, who served in the Peace Corps in Brazil, is a passionate environmentalist and supporter of The Nature Conservancy, The Natural Resources Defense Council, Conservation International, Bioneers, Rainforest Action Network, Defenders of Wildlife, and the Union of Concerned Scientists. 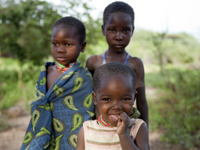 Since first encountering the Hadza while on safari in 2004, Bill Benenson knew he wanted to make a film about this extraordinary people. When he returned to the Rift Valley in 2010 and began shooting, he discovered drastic changes had occurred in only a few short years, and the Hadzas ancient way of life was now being threatened into near extinction by a variety of national and international pressures. Benenson felt that by bringing the world's attention to the Hadzas remarkable way of life, and revealing their current plight, he could help save the land that theyve occupied sustainably for at least 50,000 years. Through his lifelong philanthropy and filmmaking endeavors, Bill has sought to preserve the planet for future generations, and hopes the film will serve as a call to action to protect the last link to the way we all once lived.