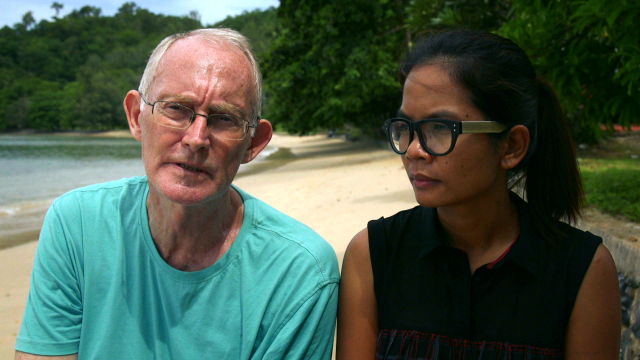 Journalists Morison and Sidasathian exposed the plight of Rohingya refugees, and the Thai military's involvement in people smuggling, which saw them on trial for defaming the Thai Navy. Here we report on their ordeal.

"There are very few jails in the world that are as bad as Thai jails. It would mean death for me at my age", says 67-year-old Alan Morison. The veteran reporter moved to Thailand to set up his own tourist news site in 2008, but retirement plans were put on hold after he was put on trial with his Thai colleague Chutima Sidasathian for exposing the plight of Rohingya refugees fleeing persecution in Myanmar. Ironically it was the Thai Navy that first tipped them off to the crisis by supplying images of Rohingya arrivals. "The photos were astonishing. They showed rows of near-naked men spread out on beaches with people standing over them with guns", says Morison. But after he and Sidasathian's reporting helped end Thailand's inhumane pushback policy, Burmese persecution got worse, and human trafficking became big business. Alan and Chutima later included a 41-word-paragraph investigation into Thai military forces profiting from people smuggling on their site, and it's that paragraph that has seen them on trial on charges of computer crimes and defaming the Royal Thai Navy. "The future of the Rohingya depends on freedom of speech", says Morisson. "and I guess that's why journalism exists"
FULL SYNOPSIS
TRANSCRIPT