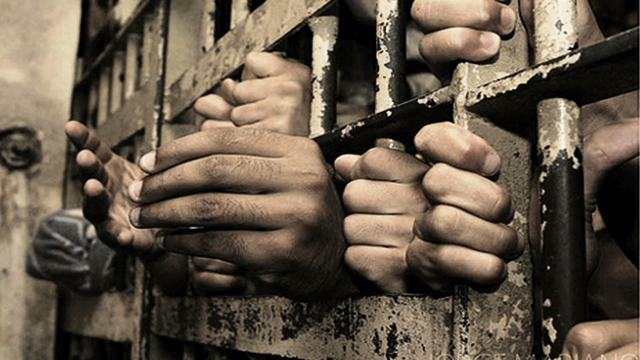 The detention of migrants in the United States is a multi-billion dollar industry. With anti-immigration legislation being driven by influential private prisons, immigrants are being detained for profit; bought and sold like products. Robert Greenwald explores the shocking commerce of incarceration.

"You just sell it like you were selling cars, or houses, or hamburgers" explains the founder of the CCA, describing the trading of prison spaces. The private prison industry is worth over $5 billion every year, and the CCA is its biggest player. Along with other private corporations, they also act as powerful lobbyists for tough anti-immigration laws nationwide. The vested interests of companies like the CCA is clear: if they can increase the number of immigrants arrested, they can maximize their profits. As one attorney explains, "this is not being driven by good public policy, it is being driven by the need for profits of a private corporation." In the relentless pursuit of profit, private prisons treat their inmates like commodities. The food is often terrible, the guards abusive and the healthcare inadequate: Guillermo Gomez describes how, despite his mental illness, he was detained and abused in a CCA prison, by guards who showed no consideration for his mental condition. As the corporations get paid per detainee held, there is no incentive to recognise inmates with special requirements and move them to more suitable facilities. Helpless to protest their treatment, many immigrants with mental illnesses are effectively 'getting lost' in the system for years at a time. Every year new immigration detention centres are being built, and every year thousands of new immigrants arrested to fill them. As business continues to boom, this compelling film takes a fascinating look at the markets built on human confinement.
FULL SYNOPSIS
TRANSCRIPT