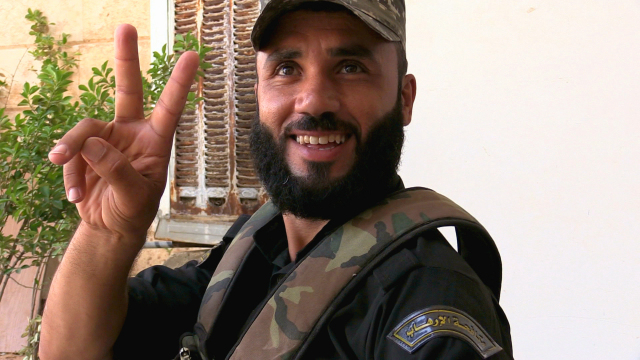 Al-Hasakah has been ripped apart by President Assad and IS-terrorist troops. But Kurdish militia now control the area. This report follows the Kurds as they struggle to maintain their fragile grip on the war-torn city.

"Victory or death!" chants a member of Assad's anti-terrorist unit. He's one of the fighters fiercely loyal to Syria's original regime, but who now works hand in hand with the Kurdish militia. A tenuous peace has been reached between the two, enabling a semblance of normal life in the south of the city. But evidence of the recent fighting remains a constant presence. At a roundabout on the city limits a portrait of Syria's president, Hafez al-Assad, still stands, his eyes riddled with bullets. A mother grieves over her son, lost to the conflict. "You should be proud that your son has died", a Kurdish commander tells her. He has become one of the countless martyrs to the cause. "God willing", she responds, "his blood will be avenged".
FULL SYNOPSIS
TRANSCRIPT