Dressed as a Girl 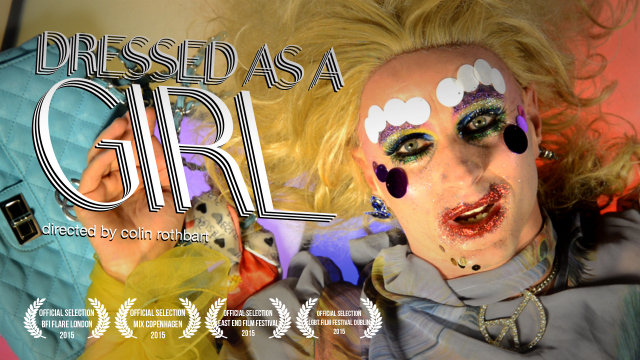 High hopes, high heels and high drama! From boob-jobs and breakdowns to killer heels, glitter and duct tape; to public sex and private rows, the raucous lives of London's wackiest party animals are laid bare in this revealing documentary. Simultaneously heart-breaking, shocking and ceaselessly entertaining, Dressed As A Girl presents a bold insight into the heart of London's electrifying drag community and its most colourful characters.

"My tits are freezing cold, my spandex is wet but you know what? I've always been a bit of a show off!" laughs Jonny Woo, standing backstage in the pouring rain. He's about to go onstage and perform with Blondie, in front of thousands of people: In tight white leggings, shocking pink makeup and the highest of heels, he cuts a striking figure - exactly the way he's always wanted it. Jonny, like most of his close friends in London's drag community, has made a career out of performing, pushing boundaries and being consistently scandalous. Back in 2003 he and his friends made a name for themselves with the launch of their now iconic 'Gay Bingo' parties; raucous nights of excess and extravagance - "It was outrageous, it was provocative - it wasn't about being cool it was about being completely insane... I don't know if anyone actually played any bingo!" remembers Jonny fondly. The parties, and the colourful characters that ran it, became icons of London's East End drag scene. For many of them however, the excess and debauchery masked deep and personal conflicts, as they struggled to define themselves in a world in which they were outsiders. Substance abuse, sex changes and failed suicide attempts revealed a darker reality. "We entertain, we're fabulous...but inside we're screaming", explains Scottee, "we're desperate to articulate ourselves". Now more than ten years on, the costumes having frayed and the makeup run, Jonny and his friends are still deeply conflicted; reflecting on their lives as performers and their impending middle age. "My body's fallen apart... drag has given me rickets", complains John Six, "I feel like I've wasted a lot of time, I've done myself a lot of damage and I have to deal with that". Despite all this, the group are resurrecting Gay Bingo for one last party, reuniting once more to put on a fabulous final show. "We're never gonna stop, we're like Cher - we'll just keep going!" jokes one member. Profoundly entertaining and surprisingly moving, Dressed as a Girl is an intimate portrait of a remarkable group of friends, and exposing the personal tragedies behind some of London's most colourful characters. 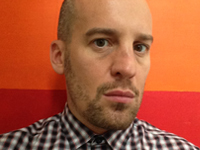 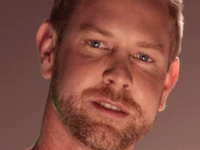 Chris graduated with a degree in Film & Television from Queensland University of Technology, Australia, in 1997. Since then he has a long history in media including editorships at The Sun and Bent magazine and is an established film critic. He is completing a Scriptwriting MA at the London School of Film, Media & Performance. With Colin Rothbart, Chris has set up Blue Oyster Pictures to make innovative cultural masterpieces. Dressed as a Girl marks his debut as a film producer.