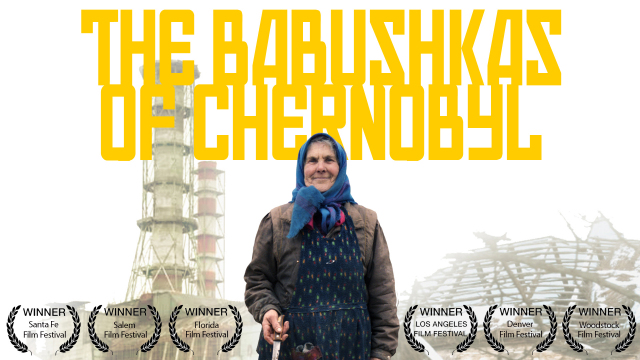 In the radioactive Dead Zone surrounding Chernobyl's Reactor a community of old women cling to their ancestral homeland. While their neighbours have long since fled and their husbands gradually died off, this sisterhood of women labour to cultivate land deemed uninhabitable. Ignoring government orders and health warnings, the 'Babushkas of Chernobyl' continue to forge an existence in one of the most toxic environments on earth.

Compelling and surprisingly uplifting, The Babushkas of Chernobyl is a moving portrait of three unlikely heroines; a testament to the strength of solidarity and friendship.

"A beautiful film; captures the subtleties and uncertainties of Chernobyl and, moreover, the resilience of the human soul." - George Johnson, The New York Times

"A haunting and strangely uplifting documentary" - The Hollywood Reporter

"A testimony of love, compassion and solidarity" - Huffington Post

Winner - One in a Million Award, Sun Valley Film Festival 2015 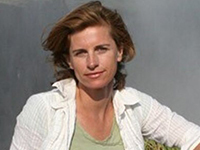 Holly Morris (Director, Producer) makes films that explore the lives of risk-taking, contemporary women around the globe. Her award-winning & widely syndicated journalism on the Babushkas of Chernobyl (2011), also published as A Country of Women, and The Women Living in Chernobyl's Toxic Wasteland and The Best Travel Writing; Travelers Tales reported on the women of the Zone and is also the subject of her popular TED Talk. She’s the author of Adventure Divas: Searching the Globe for a New Kind of Heroine (Random House), a New York Times Notable book about exploration. Morris has filmed in more than 20 countries, and is a longtime presenter for the PBS series Globe Trekker.

Holly Morris first went to Chernobyl in 2010 to cover the 25th anniversary of the accident for a travel program. She spent 2 days filming at Chernobyl Power Plant’s Reactor #4 and in the ghost city of Pripyat. Holly returned 2 months later for MORE magazine, to write her award-winning essay, and widely syndicated (The London Daily Telegraph, the Independent, The Week, CNN.com) essay “The Babushkas of Chernobyl” (also published as Ukraine: A Country of Women.), which is the subject of this film and also of Morris' TED Talk on the women of Chernobyl's Dead Zone which received over a million views. She became fascinated with this community of approximately 100 returnees. Clearly there was a deeper story around these fierce, independent older women, and their ability to survive under such extraordinary, toxic conditions.