The devastating impact of a weapon that knows no ceasefire 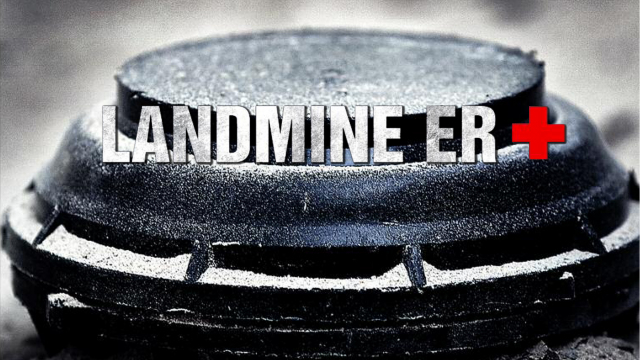 The war ended in Cambodia in 1991, but for rural Cambodians the legacy of landmines has extended the violent history into their present-day lives. Satya Yorman lost a leg to a landmine. Through Satya, we experience the painful effects of a landmine injury and coming to terms with a crippling disability. His story illustrates the life-changing consequences of Cambodia's six million unexploded landmines. Will Satya ever be able to walk again?

A 4X4 arrives at the Battambang Emergency War Victims Hospital carrying the first landmine trauma victim of the day: Satya Yorm. Satya, a young teacher, has been grievously injured by a landmine which has blown off his lower left leg. He is immediately taken to the operating theatre, where Dr Tesfaye Feleke operates on him. Unfortunately, he has to amputate Satya's leg above the knee due to the intensity of the tissue damage. Dr Feleke and the medical staff at the Emergency Surgical Centre see between five to ten patients like Satya from the mine explosions every month. His initial mindset after his second operation reflects the magnitude of landmine trauma. "When it first happened I didn't want to live. Everybody needs two legs", he says. "After, I asked someone to shoot me dead". Satya's father is also equally concerned about his future: "I'm worried for his future ... Because I am poor, we have a hard life, and now my son is injured." His desire to be cured and return home to see his family give him the strength to persevere through the tough first steps on his road to full recovery. He says: "I know my future will be tough but I'm alive, I survived, I need to keep struggling. I've decided to fight for my future." His optimism is infectious as he struggles to learn to walk again. He beams at the patients and staff, and enjoys the use of his "new best friends": his crutches. Twenty-five days after his first operation Satya is ready to return to his beloved home. "I am happy and excited. I didn't believe I had a future or could face people. Now I feel better again. Time is a very good healer." At home his family are concerned about his future and his earning potential now that he is disabled. "With two legs I wasn't earning much, but now..." muses Satya. Fortuitously, he is able to return to his teaching job two months later and continues to live with his family. This documentary is at once a heart-warming story of one man's determination to lead a productive life, and a testament to the horrifying short and long-term effects of unexploded landmines. LEARN MORE.
WATCH MORE.
JOIN THE DISCUSSION
FULL SYNOPSIS 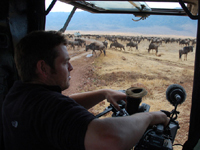 Tom Peppiatt: Director & Cinematographer
Tom has worked in 50 countries making films for the BBC, C4 & Discovery. A 2007 vacation turned into a working trip when he decided to make a film about the ongoing devastation caused by Landmines on Cambodias civilian population. Scintilla Films was set up to produce Landmine ER with a second title about the birth of Activist Filmmaking in the 1960s due for completion in 2016. 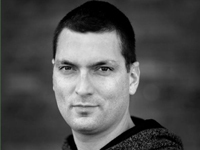 Filmmaker & Photographer Richard Fitoussi is the CEO and founder of the Cambodian Landmine Museum Relief Fund. Hes been involved in humanitarian work since 2001 and raised the finance to complete Landmine ER. 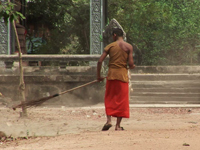 Director Tom Peppiatt approached Emergency ER looking to cover the aftermath of a Landmine incident. Just minutes into day one, a phone call announced an incoming victim. Working alone, shooting handheld with minimal kit, and granted the freedom of the hospital, Tom was able to stay close to the action for the next 25 days and build a close relationship with victim Satya Yorm. This intimate portrait is the result of Satyas incredible bravery and the inspirational work of the hospital staff.